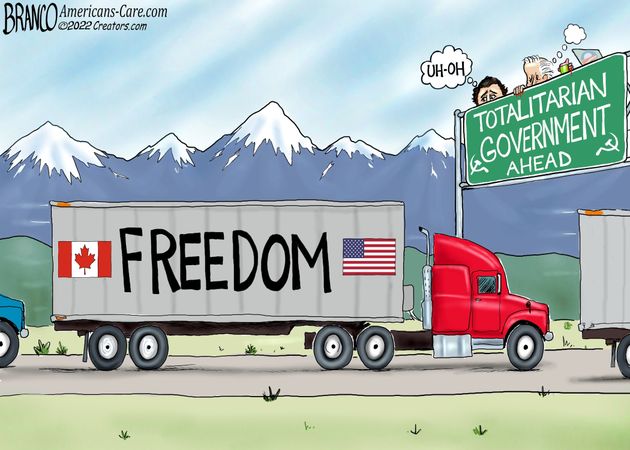 Bruce Pardy explains in his Epoch Times article Back to the Future: ‘Two Weeks to Flatten the Curve’ Was a Dangerous Mistake From the Beginning.  Excerpts in italics with my bolds.

Editor’s note: COVID lockdowns and restrictions for “two weeks to flatten the curve” began two years ago in late March 2020. At the time, many pundits called it a dangerous mistake, one of whom was law professor Bruce Pardy. Two years later, as restrictions finally begin to ease, the federal government and many workplaces still maintain vaccination mandates. Below are prognostications (edited) from Pardy from April and May 2020.

Lenin once said that there are decades where nothing happens and weeks where decades happen. In this new era of the past few weeks, Canada has become less free. Lockdowns will eventually ease, but we have crossed a threshold. Canadians now want government to keep them safe—not just from foreign threats and violence, but from viruses and the vicissitudes of life. Authorities have enthusiastically seized the moment. Politicians have assumed unprecedented powers not subject to legislative oversight and have suspended civil liberties. For the first time ever, officials have confined citizens—with their approval—to their homes. Municipalities issue citations for walking through the park, police enforce rules that do not exist, and health authorities surveil the sick.

The situation that we are now in may be a shock, but it should not be a surprise. We have long been headed down this road. COVID restrictions may seem like an extreme change to daily life, but it is a difference of degree, not of kind. We were not a free country on March 22 that suddenly became unfree on March 23. We have an expansive administrative welfare state, which for a long time has driven the bus. It regulates everything. It subsidizes, taxes, supervises, and directs. The degree of infringement on civil liberties is more extreme now than it has even been for the general population in this country, but COVID rules are not differently intrusive, just more so. The lockdowns will ease, but the mandate that the government now has will remain. It will be difficult to put this genie back in the bottle.

It has worked like this: In Stage One, which we passed through a long time ago, the populace becomes convinced that it is the state’s role to keep them safe. In Stage 2, which began with the onset of the virus, they become fearful. Stage Three is necessity: if the virus is to be feared and the job of government is to keep us safe, then government must do whatever is necessary to protect us from the virus. Necessity provides the excuse for control, and control exacerbates dependence. What we have now is a dependent population, economically and psychologically.

There will not be rational debate about these policies. Governments do not adopt policies for logical and rational reasons. It is a mistake to believe that it is possible to engage in a civil conversation with the public and with government officials to figure out what works best. What has worked for governments in this circumstance is the promotion of fear. Concentrating on making rational policy recommendations based upon the premise that we are engaging in a good faith dialogue would be to miss the plot.

There will be court challenges, but the courts will not say that these policies are unconstitutional. The government can do what it is doing because the Charter of Rights and Freedoms does not provide the lines in the sand that we think that it does. Courts like to pretend that they are immune from public opinion, but they follow the culture as much as anybody else.

The charter will not protect us from the culture, and the culture now is one that demands safety, provided by the state.

Governments will be allowed to do indirectly what they could not do directly. Take the vaccine for example. If a vaccine is developed, they will not make the vaccine mandatory. Instead, they will say, make your own choice but if you do not have a vaccine you cannot come inside the building. You cannot come and renew your driver’s licence unless you can show us you have been vaccinated. Technically that is not mandatory, but practically it is. Contact tracing means that they are imposing upon you a requirement without admitting that what they are doing is locking you down if you decide not to do it. Governments will use means by which to achieve their objective without being so authoritarian that you cannot move.

The most disturbing thing about the COVID regime is not that governments are putting it in place, but that citizens support it, and indeed demand it.

COVID madness will not stop until a critical mass of people say that they have had enough. The way to turn this around is to get the population to reject the authority of experts, health officials, and governments to tell them what to do. Until we get to that, efforts to reverse these policies may prove to be a waste of time. Until people perceive that the purpose of government is to protect liberty instead of safety, everything else is fiddling around the margins.

Crises are an ideal time for the state to advance into territory from which it will not wish to retreat. In time, controls will loosen but old expectations have been swept away. In this new era, we will discover that leaders of all political stripes have more than a little Lenin in them.