In a previous post Is “Emotional Intelligence” an Oxymoron? I began by reflecting on a pattern often seen in organizational settings.

The title refers to a notion that came up in the fields of management science and industrial psychology, coincidental with increasing numbers of women practicing in those disciplines. I am prompted to write about this upon realizing that our present social divide is more fundamental than many think. This century, we see increasing numbers of people choosing to operate from emotions rather than intelligence.

This pattern is in contradiction to the trajectory of Western civilization placing reason as primary and individual rights and freedoms as essential.

In a recent article thread a comment caught my attention. “It has been said men rank, women exclude, and that is very true IMO. All-female groups are very exclusionary to anyone who does not fit in.” That expression of Ranking vs. Excluding was new to me, and it may be changing this century, what with women competing with other women in sports, and with men as well in the workplace. Still, it points to our present social struggle whereby “diversity” is employed to divide a nation into identity groups to protest prejudice and claim reparations against grievances. The US as usual is the leading example of this culture war. Ironically, tribalism is rearing its ugly head in precisely the nation-state that so successfully created an American tribe that included any and all ethnic and religious groups.

Ranking vs. Excluding also explains such events as the Senate hearings on Judge Kavanaugh. Clearly his opponents sought to exclude him not only from the Judiciary, but to banish him from the human race. Their fierce and unrelenting animus to this day is frightening for the republic. Ironically, Kavanaugh prevailed in the process only by an emotional outburst, his outrage finally waking others up to the enormously evil beheading underway. This was out of character for a man by all accounts extremely reasonable and unprejudiced, and even in this testimony his intelligence was evident and in control.

This modern tribalism emerged from the academic world and has now spread into the wider society as graduates gain employment in private and public sector institutions. However, many of them carry a virus along with whatever knowledge and skills they have been able to acquire in their studies.

Philip Pippin brings the issue up to date writing on the corrosive social effects from today’s male/female culture warfare in his America Greatness article Who’s Toxic Now?  Excerpts on in italics with my bolds and added images.

So far this year, events are rapidly unwinding in chaos both at home and abroad. Inflation is soaring; the nation’s southern border is effectively dissolving; violent crime is escalating in many cities, seemingly unchecked; radical indoctrination is replacing proper education in public schools; and Russia is emulating the Nazis’ savage blitzkrieg-cum-genocide strategy of conquest, with relative lassitude by America. It is vital to reflect on what autocratic Democratic rule—yes, rule, not governance—in Washington, D.C. has produced since Joe Biden’s inauguration and the leftist seizure of near-total control of the national legislative agenda. Such reflection can emanate from a myriad of perspectives, both mundane and esoteric, but there is a cultural lens I’d like to peer through here in this critical election year.

Those who value fact-based realities over “social constructs” meant to facilitate and justify ideological imperatives like identity politics and tribalism accept that there are two—and only two—sexes. Social “innovations” such as “gender fluidity” and the heated efforts exerted by their proponents to normalize them are designed to confound, disrupt, and ultimately destroy the organic social order that has evolved over centuries of experimentation across many societies. These proponents euphemistically label this “fundamental transformation”; those well-acquainted with world history and the relentless delusions of social utopians, foreign or domestic, more accurately call this “social engineering.” Usually, decadence in all forms attends the drive towards “perfecting” society by “perfecting” all the people who live in it. Rampant amorality, the debasement of all civilized norms of behavior, and the successful elevation—even glorification—of perversions of all kinds become milestones on the way to “utopia.” The result? Narcissistic elites prosper, and everyone else slides into misery and poverty as mere tools for the elite’s aggrandizement of power and lucre.

One of the modern whipping boys to advance this savage menace has been “toxic masculinity,” embodied in and epitomized by white, hetero, generically (but not exclusively) Christian, middle- and working-class males. Traits of this supposed scourge include tendencies toward emotional aggression, physical intimidation and violence, attitudes of patriarchal disdain and supremacism, and the usual laundry list of demonic isms and phobias: racism, sexism, various LGBTQ-centric phobias, and Islamophobia.

In a word, men are the problem, and particularly white, heterosexual men who possess natural masculine attitudes, values, and predispositions. 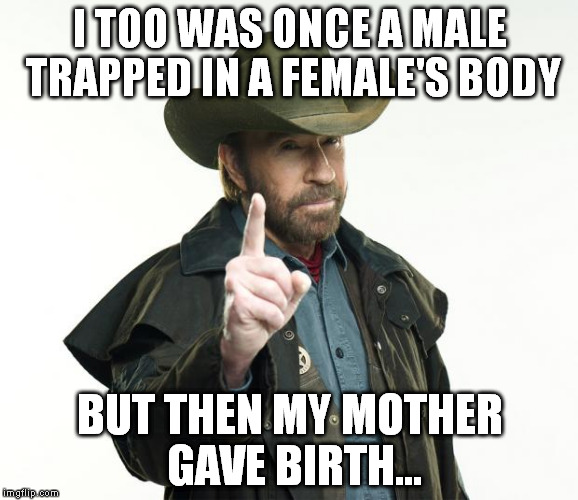 This perspective deliberately ignores the positive traits of masculinity that have long been esteemed and celebrated in America and throughout all organized societies. These include the capacity to design and build structures and organizations; the ability to preserve and protect through exertion of physical strength; the ability to produce and amplify material wealth by the use of rational thought and physical labor; and the ability to produce food and water supplies. “Toxic masculinity” is really just a propaganda meme of the utopian Left created for the purpose of besmirching the strong individualism and independent mindset of society’s motivated producers, who, predominantly, happen to be male. 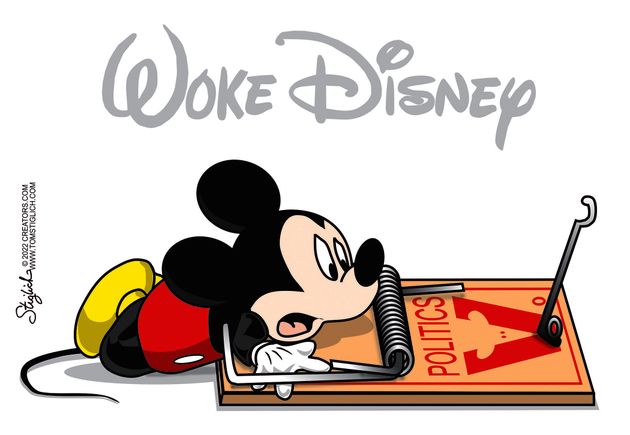 So, what of femininity? If in fact there is a tangible taint known as “toxic masculinity” beyond just being an inflammatory meme designed to divide and alienate people from one another for purposes of aggrandizing political power, is there something rightfully labeled “toxic femininity”? I assert there is, and it is likely even more menacing.

If “toxic men” can be overly aggressive and intimidating, then “toxic women” may be overly passive-aggressive and covertly conniving, working behind the scenes to get what they want by subterfuge. If “toxic males” can be too direct and “in your face” with their demands, needs, and wants, then “toxic females” can be intentionally indirect, coy, sly, and even deceitful to get whatever they want. If the former can be physically violent based on emotions gone awry, then the latter can be emotionally manipulative towards others, playing on their personal fears, vulnerabilities, and sensitivities. 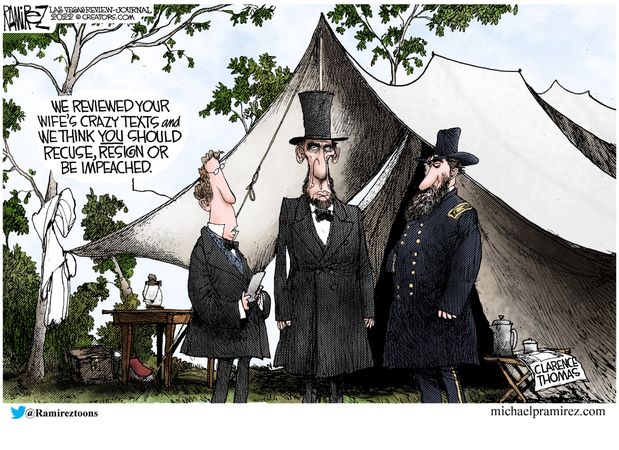 If men and women share both masculine and feminine traits, in varying degrees, then this discourse can hardly be defamed as a diatribe aimed invidiously at women as women. Rather, these behaviors exist in the politics, ideological conflicts, and rivalries bedeviling our nation today—modes employed by both men and women. 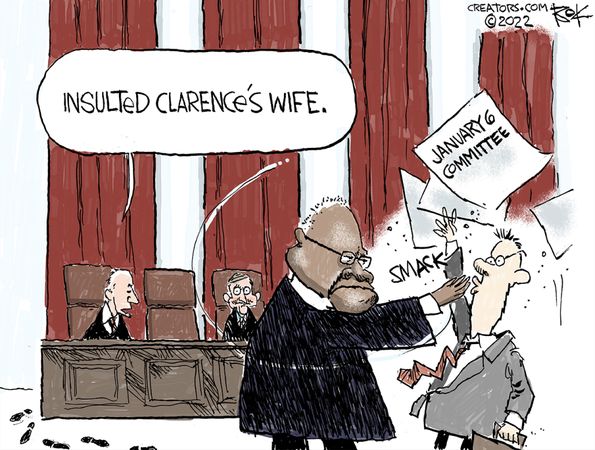 Today, Democratic politicians at every level of government and their ideological cohorts in major media, academia, Hollywood, and Big Tech are increasingly being outed as serial liars, deceitful spin artists, subversives, and cynical manipulators of our people’s basest emotions and instincts. Their predations did not start with the 2020 elections, of course. However, in achieving greater normalization, they threaten to subvert and topple not only our own civil society and republican form of government, but the world order, which is predicated on unparalleled American military strength, economic power, and historical values. 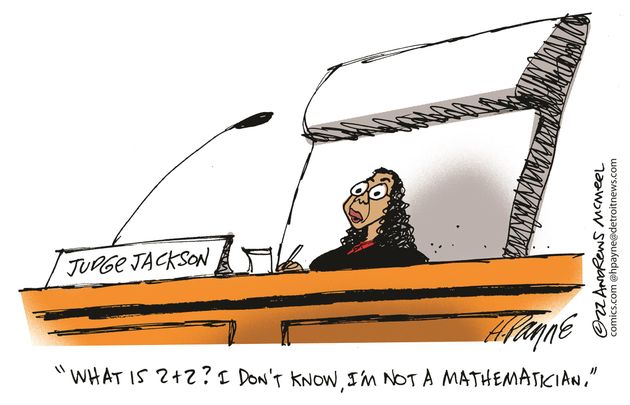 If not checked decisively this year by the sane, the rational, the historically literate, and the spiritually conscious, historians of the future may well ascribe America’s devolution and ultimate collapse as a free, independent, and sovereign nation primarily to a pandemic of “toxic femininity.”

It is, to be emphatic, a fully inclusive, “pan-gender” affliction embodied in men and women of all “gender orientations.” That said, the biological men in power today acting as “toxic females” will be most to blame. There are many: Biden, Blinken, Austin, Garland, Kerry, Mayorkas, Buttigieg, Milley, Schumer, Schiff, and Nadler. So, the ladies will have to move over. They have once again been usurped.

See Also To Be a Man, Or Not to Be (Fight Degendering)