Bret Stephens again writes insightfully regarding society and climate matters, this time in his recent article Hurricanes, climate and the capitalist offset  published in NYT reprinted in Tampa Bay Times.  Entire text below.

Texans will find few consolations in the wake of a hurricane as terrifying as Harvey. But here, at least, is one: A biblical storm has hit them, and the death toll — 38 as of this writing — is mercifully low, given its intensity.

This is not how it plays out in much of the world. In 1998, Hurricane Mitch ripped through Central America and killed anywhere between 11,000 and 19,000 people, mostly in Honduras and Nicaragua. Nearly a decade later Cyclone Nargis slammed into Myanmar, and a staggering 138,000 people perished.

Nature’s furies — hurricanes, earthquakes, landslides, droughts, infectious diseases, you name it — may strike unpredictably. But their effects are not distributed at random.

Rich countries tend to experience, and measure, the costs of such disasters primarily in terms of money. Poor countries experience them primarily in terms of lives. Between 1940 and 2016, a total of 3,348 people died in the United States on account of hurricanes, according to government data, for an average of 43 victims a year. That’s a tragedy, but compare it to the nearly 140,000 lives lost when a cyclone hit Bangladesh in 1991.

Why do richer countries fare so much better than poorer ones when it comes to natural disasters? It isn’t just better regulation. I grew up in Mexico City, which adopted stringent building codes following a devastating earthquake in 1957. That didn’t save the city in the 1985 earthquake, when we learned that those codes had been flouted for years by lax or corrupt building inspectors, and thousands of people were buried under the rubble of shoddy construction. Regulation is only as good, or bad, as its enforcement.

A better answer lies in the combination of government responsiveness and civic spiritedness so splendidly on display this week in Texas. And then there’s the matter of wealth.

Every child knows that houses of brick are safer than houses of wood or straw — and therefore cost more to build. Harvey will damage or ruin thousands of homes. But it won’t sweep away entire neighborhoods, as Typhoon Haiyan did in the Philippine city of Tacloban in 2013.

Harvey will also inflict billions in economic damage, most crushingly on uninsured homeowners. The numbers are likely to be staggering in absolute terms, but what’s more remarkable is how easily the U.S. economy can absorb the blow. The storm will be a “speed bump” to Houston’s $503 billion economy, according to Moody’s Analytics’ Adam Kamins, who told the Wall Street Journal that he expects the storm to derail growth for about two months.

On a global level, the University of Colorado’s Roger Pielke Jr. notes that disaster losses as a percentage of the world’s GDP, at just 0.3 percent, have remained constant since 1990. That’s despite the dollar cost of disasters having nearly doubled over the same time — at just about the same rate as the growth in the global economy. (Pielke is yet another victim of the climate lobby’s hyperactive smear machine, but that doesn’t make his data any less valid.)

Climate activists often claim that unchecked economic growth and the things that go with it are principal causes of environmental destruction. In reality, growth is the great offset. It’s a big part of the reason why, despite our warming planet, mortality rates from storms have declined from 0.11 per 100,000 in the 1900s to 0.04 per 100,000 in the 2010s, according to data compiled by Hannah Ritchie and Max Roser. Death rates from other natural disasters such as floods and droughts have fallen by even more staggering percentages over the last century.

That’s because economic growth isn’t just a matter of parking lots paving over paradise. It also underwrites safety standards, funds scientific research, builds spillways and wastewater plants, creates “green jobs,” subsidizes Elon Musk, sets aside prime real estate for conservation, and so on. Poverty, not wealth, is the enemy of the environment. Only the rich have the luxury of developing an ethical stance toward their trash.

The paradox of our time is that the part of the world that has never been safer from the vagaries of nature seems never to have been more terrified of them. Harvey truly is an astonishing storm, the likes of which few people can easily remember.

Then again, as meteorologist Philip Klotzbach points out, it’s also only one of four Category 4 or 5 hurricanes to make landfall in the United States since 1970. By contrast, more than twice as many such storms made landfall between 1922 and 1969. Make of that what you will, but remember that fear is often a function of unfamiliarity.

Houston will ultimately recover from Harvey’s devastation because its people are creative and courageous. They will rebuild and, when the next storm comes, as it inevitably will, be better prepared for it. The best lesson the world can take from Texas is to follow the path of its extraordinary economic growth on the way to environmental resilience.

Stephens is one of a few journalists who writes lucidly about weather and climate.  Let’s see how the progressive NYT readers enjoy his clarity.

Update: What Stephens writes is largely confirmed by a news report today from the Mayor of Houston. Houston Mayor Sylvester Turner said Thursday that the city is now “mostly dry,” after having taken an aerial tour of the city.  He also said: “One year from now when people visit Houston, they will not see signs of Harvey.” 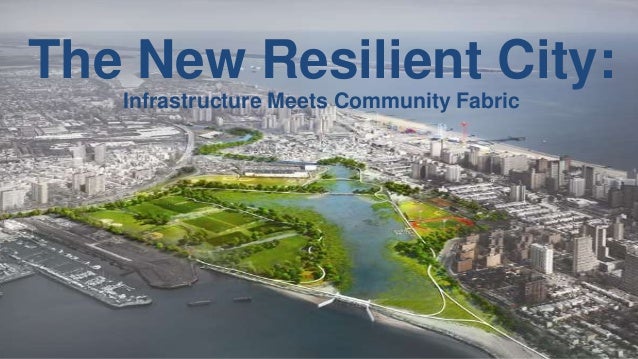