Our leftist educational system has turned many of today’s young people into social justice warriors. Frequently they accuse older generations of trashing the planet for their own benefit and stealing the future from future generations.  As Greta says: “How dare They!”  Lost in all this ignorance and arrogance is any gratitude for the wealth of conveniences and options provided by their predecessors on a silver platter to these spoiled youth.

Matthew Kahn has a post up regarding economics for non-economists, which will appear here later on. He provokes discussion in his seminar by exposing students to a fine essay by economist Don Boudreaux You Are Richer than John D. Rockefeller Do read the linked article which is only excerpted below.

Boudreaux asks: How much money would it take for you to agree to live out your life a century ago? Would you do it for a million dollars? What about a billion dollars? When considering this question, he asks that you keep in mind that in 1916, no matter how rich you were, you would not be able to enjoy any of the following:
Radio (do you mind phonograph sound quality?)
Television
Timely transportation
Computers
Air-conditioning
Rock ’n roll
International food (forget Vietnamese Pho or falafels!)
Smart phones
A high likelihood of surviving infancy
Contact lenses
Modern birth control
Antibiotics
Accurate watches
Skype
Effective dental care
The Internet
…and many other things as well. If you’re a woman, or any kind of minority (whether racial, sexual, or religious), then you would also have to sacrifice various freedoms and live in a world of far worse intolerance. 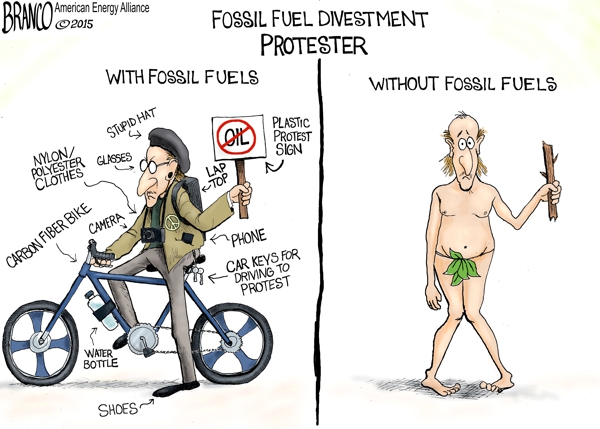 Boudreaux concludes with this observation:

Honestly, I wouldn’t be remotely tempted to quit the 2016 me so that I could be a one-billion-dollar-richer me in 1916. This fact means that, by 1916 standards, I am today more than a billionaire. It means, at least given my preferences, I am today materially richer than was John D. Rockefeller in 1916. And if, as I think is true, my preferences here are not unusual, then nearly every middle-class American today is richer than was America’s richest man a mere 100 years ago.

Matthew Kahn’s post is Teaching Economics Ideas to Non-Economists  Text below with my bolds.

At USC this term, I am teaching a new class on “the limits to growth”. My course is a fair fight between Paul Ehrlich and Julian Simon. My class features 90% non-economics majors and many have never taken a course with an economist before. I sense that they side with Ehrlich. Their consensus is that we are on a path to destroy our planet and that only dramatic changes in politics and lifestyles can save us. It is possible that they are correct. As they make these points in our seminar class, I ask them; “if you know this, why doesn’t the suburban median voter know this?” They eventually sketch out ideas related to free riding and the Tragedy of the Commons.

I sense that a majority of my students are uncomfortable with the claim that free markets are the major source of improvements in all of our well being. We read this piece by Don Boudreaux and it set off quite a good debate.

My students are quite smart and they have figured out that economic models focus on individual choice. I choose to drop out of school. I choose to study rather than to party. I choose to take actions that raise my risk of pregnancy. I choose to walk in risky place at night. When bad things (such as poverty) happen to good people, how much of this outcome is due to their own choice versus bad luck (a health shock, graduating during a recession)? I have shown them James Heckman’s argument that we must expand early education for all because children do not choose their parents.

If outcomes are due to luck, then a risk averse society will engage in more taxation and redistribution than in a society that believes that life outcomes are directly related to costly effort (i.e Lebron James is a great basketball player due to his long hours of practice).

My students also believe that the American Dream of upward mobility is vanishing. But schools such as USC are providing more financial aid and opportunity for first generation students. My students believe that U.S public schools are under-performing in preparing young people for college but they oppose privatization and Milton Friedman style school vouchers. They must implicitly believe that parents are not to be “sophisticated shoppers” in choosing a school.

I sense that many of my students would have voted for Senator Bernie Sanders in 2016. I am learning from my experience teaching non-economists. I hope that my ideas and empirical claims are resonating with them. I sense that some of my students are surprised to be confronted with a University of Chicago trained economist. The market place for economics ideas needs to expand and enter the classrooms of humanities majors (the bulk of my students).

My students reject the perfect competition model. Many voice a dark vision that powerful elites control government and markets and pay such that the “little guy” has few choices and just suffers. I steer discussions back to human capital and skill formation and the possibility to engage in personal investments such that one commands a wage premium. I am learning.

The typical academic economist does not leave the “comfort zone” and teach non-majors.

Bravo Professor Kahn for taking on the task of challenging uninformed (misinformed) societal assumptions.  Your teaching method seems Socratic, and it was Aristotle who recognized that a good life depends upon both good choices and good fortune. And, just to close the circle, John D. Rockefeller became wealthy providing people with petroleum products, which all agreed were the greatest thing since sliced bread.