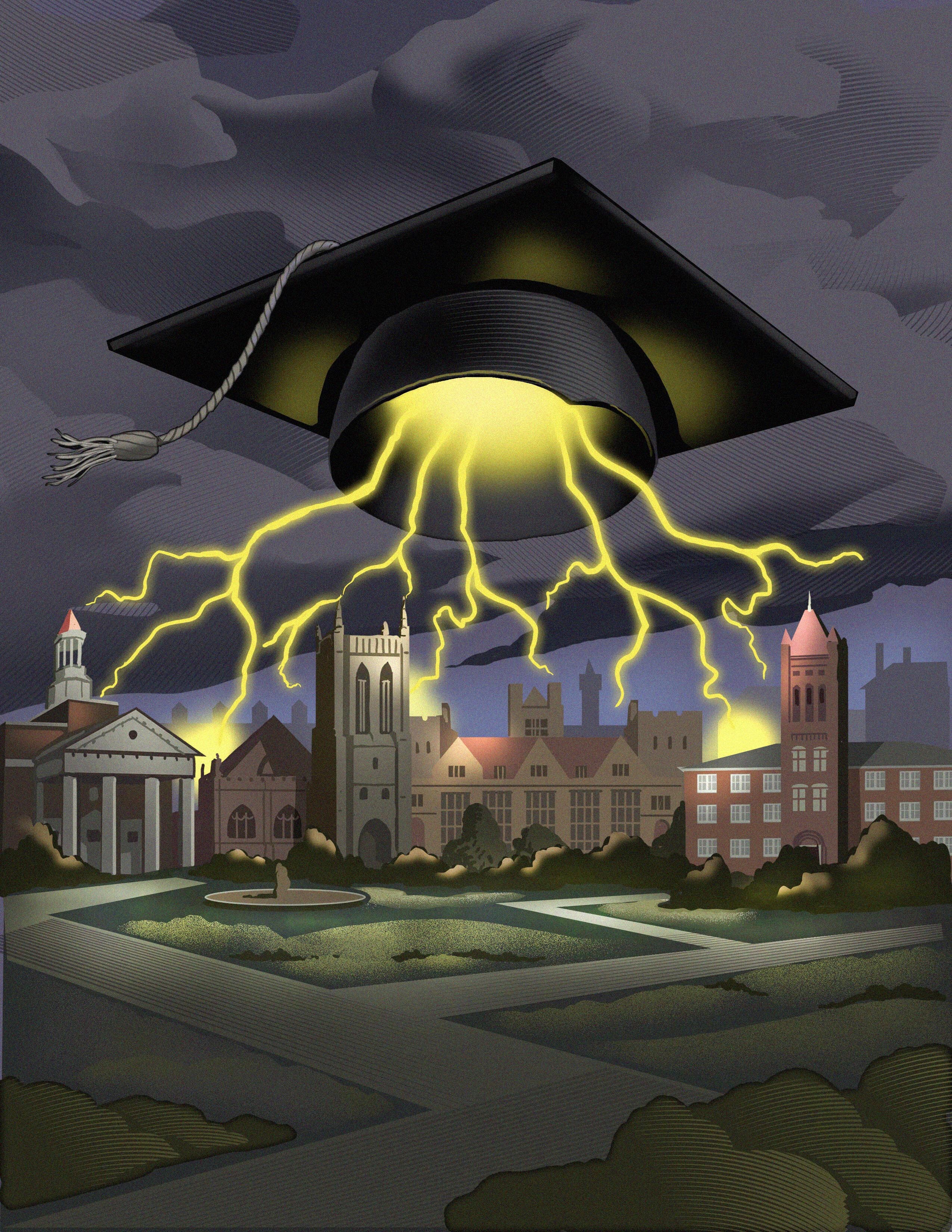 “Say what you want about the Liberal Arts, but they have found a cure for common sense.”

Walter E. Williams explains in his article Back To College, Back To Academic Brainwashing Excerpts in italics with my bolds. H/T IceCap

Parents, legislators, taxpayers, and others footing the bill for college education might be interested in just what is in store for the upcoming academic year.

Since many college classes will be online, there is a chance to witness professors indoctrinating their students in real time. So, there’s a chance that some college faculty might change their behavior. To see recent examples of campus nonsense and indoctrination, visit the Campus Reform and College Fix websites.

Jonathan Turley, a law professor at George Washington University, warned congressional lawmakers “that Antifa is ‘winning’ and that much of academia, whether wittingly or unwittingly, is complicit in its success,” reported Campus Reform.

In his testimony before Congress Turley said:

To Antifa, people like me are the personification of the classical liberal view of free speech that perpetuates a system of oppression and abuse. I wish I could say that my view remains strongly implanted in our higher educational institutions. However, you are more likely to find public supporters for restricting free speech than you are to find defenders of free speech principles on many campuses.

The leftist bias at our colleges and universities has many harmful effects. A mathematics professor at University of California, Davis, faced considerable backlash over her opposition to the requirement for “diversity statements” from potential faculty.

Those seeking employment at the University of California, San Diego, are required to admit that “barriers” prevent women and minorities from full participation in campus life.

At American University, a history professor wrote a book calling for the repeal of the Second Amendment. A Rutgers University professor said: “Watching the Iowa Caucus is a sickening display of the overrepresentation of whiteness.”

A Williams College professor has advocated the inclusion of social justice in math textbooks. Students at Wayne State University are no longer required to take a single math course to graduate; however, they may soon be required to take a diversity course.

Maybe some students will be forced into sharing the vision of Laurie Rubel, a math education professor at Brooklyn College. She says the idea of cultural neutrality in math is a “myth,” and that asking whether 2 plus 2 equals 4 “reeks of white supremacist patriarchy.”

Rubel tweeted: “Y’all must know that the idea that math is objective or neutral IS A MYTH.”

Math professors and academics at other universities, including Harvard and the University of Illinois, discussed the “Eurocentric” roots of American mathematics. As for me, I would like to see the proof, in any culture, that 2 plus 2 is something other than 4.

Leonydus Johnson, a speech-language pathologist and libertarian activist, says Walkowitz’s changes make the assumption that minorities cannot understand traditional and grammatically correct English speech and writing, which is “insulting, patronizing, and in itself, extremely racist.”

Then there is the nonsense taught on college campuses about white privilege. The idea of white privilege doesn’t explain why several historically marginalized groups outperform whites today.

For example, Japanese Americans suffered under the Alien Land Law of 1913 and other racist, exclusionary laws legally preventing them from owning land and property in more than a dozen American states until the Immigration and Nationality Act of 1952.

According to Rav Arora, writing for the New York Post, several black immigrant groups such as Nigerians, Trinidadians, Tobagonians, Barbadians, and Ghanaians all “have a median household income well above the American average.”

We are left with the question whether the people handing out “white privilege” made a mistake. The other alternative is that Japanese Americans, Nigerians, Barbadians, Ghanaians, Trinidadians, and Tobagonians are really white Americans.

The bottom line is that more Americans need to pay attention to the miseducation of our youth and that miseducation is not limited to higher education.

Walter E. Williams, a columnist for The Daily Signal, is a professor of economics at George Mason University.

JimBob weighs in on “progressive” education.

And a final word from Dilbert: