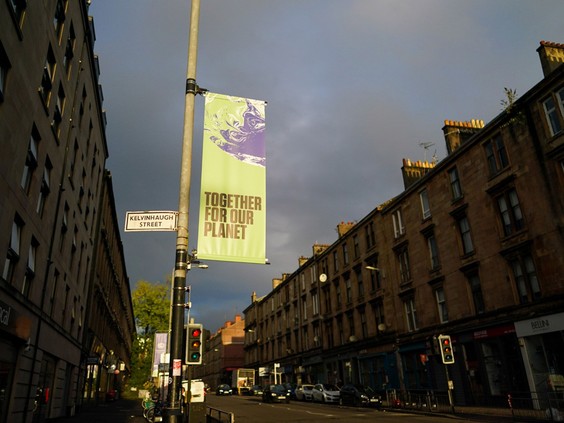 William Watson writes at Financial Post What planet do UN carbon-fighters live on? Excerpts in italics with my bolds and added images.

If current trends continue, the chance of the world hitting the UN’s goals are slim to none

One of the biggest news stories in Quebec this week is the partial closing of the Louis Hippolyte-Lafontaine tunnel, a major commuting artery under the St. Lawrence River, for what are termed “urgent” repairs. Half the tunnel’s lanes will be closed for three years — though that’s probably optimistic. Montreal’s brand-spanking-new light rail system, which for some reason the people who run the public pension plan think will be a big money-maker for them, recently had its opening delayed until next spring. In Quebec, big projects delays are like winter snow: simply assumed.

Though big for the affected commuters, these are tiny projects for the world. Yet they’ll take three years. Slowly, very slowly, does seem to be the way things work in many parts of the world these days. (Is there, by the way, a more aptly named figure than former Ottawa police chief Peter Sloly, whose approach to the truckers’ incursion seems to have been the opposite of speedy — and therefore of course very, very Ottawa?)

The tunnel, the bridge and the Réseau express métropolitain LRT came to mind as I scrolled through the latest edition of the United Nation Environment Programme’s (UNEP) update on the progress — or, in its view, shameful lack of progress — the world has made decarbonizing itself.

Judging by the 2½ pages of acknowledgements, this annual “Emissions Gap Report” is an immense undertaking by all sorts of committed people from universities, the UNEP itself and organizations such as the Bezos Earth Fund, the International Council on Clean Transportation, the ClimateWorks Foundation and so on. IKEA itself gets a shout-out for contributions from its foundation.

Not all the carbon news is bad. In a lovely set of graphs — production values, as always at the UN, are world-class — the team reports on how each G20 country is doing on its 2050 target (or NDC: nationally determined contribution). The arrow emerging from Canada’s trend points downward and to the right, heading for what looks like an exact bull’s eye with our commitment. If we do what we’ve said we’ll do — though that’s obviously a big if — we’ll get there. The EU27, the United Kingdom, the United States and Australia (though its aim is off by a few years) are in essentially the same situation.

But other countries are not, including five that already account for a quarter of greenhouse gas emissions. Thus the arrows for China, India, Russia, Brazil and Indonesia are headed skyward, soaring to levels far above their 2060 (not 2050) commitments. Maybe a decade or two of rapid economic growth will persuade them they’re now rich enough to go after carbon. But if current trends continue, the chance of the world hitting the UN’s goals are slim to none.

Which leads to a lot of foot-stamping scolding on the part of the emissions-gap team. Watching 20th-century international hockey, we Canadians were always shocked that Soviet coaches evidently thought they could get more out of their players by haranguing them on the bench after a lousy play. For some reason, the UN folk don’t seem to understand that being harangued puts most people off.

LULUCF refers to emissions from land use and forestry, which can be in addition or subtraction.

Yet the report argues what we need is “wide-ranging, large-scale, rapid and systemic transformation” in order to reach the goal of a two-degree, let alone 1.5-degree, increase in average global temperatures. “Is it a tall order to transform our systems in just eight years?” asks the executive director of UNEP, apparently with a straight face. “Yes,” she concedes, “but we must try.” And so the report goes on to provide a long list of imperatives for governments, industry and (they get their own chapter) bankers.

We all understand that ardent environmentalists are driven by their love for the planet. But which planet exactly do they live on? In the part of planet earth I live on (and love, too, in my own conservative way), it takes three years to perform “urgent” repairs on an important tunnel — and it probably took at least as many to clear the decision to go ahead. Yet here are apparently intelligent and certainly well-educated people saying the world must turn its agricultural sector upside down, or at least get a good start on doing so, in just eight years.

Societies do undergo radical transformations. The other day I found myself talking to a speaker, telling it which radio station to play. We of a certain age are living quite differently than we did as children. But people only make these big transformations voluntarily, when new technologies or ideas come along that are self-evidently desirable and appear worth spending money on.

That would not be the case with a precipitate, top-down overhaul
of our agricultural and industrial systems.

We’ve only just figured out how to feed eight-billion people. What happens to a billion or two of them if the grand agricultural experiment the UN wants us all to try doesn’t work out? Environmentalists always say this is the only planet we’ve got. It is indeed. But that means there’s nowhere else to import food from if global experiments go wrong.