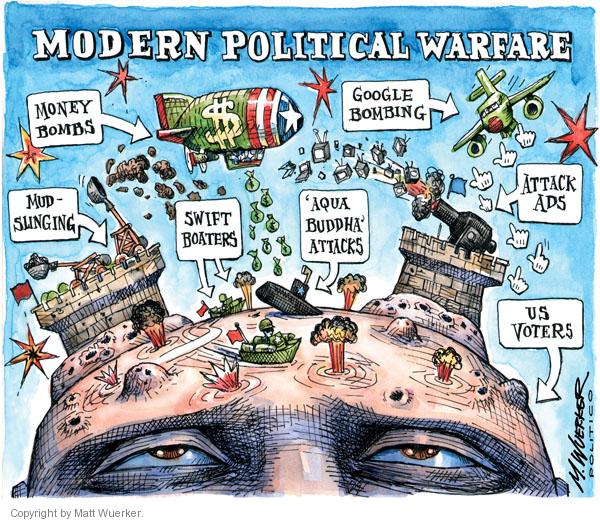 This particular realization started by clicking on an article discussing how fact-checking has become irrelevant in today’s politics.
The Limits of Fact-Checking: Calling Trump (and others) out for their lies doesn’t seem to make a difference. What’s going on? (Politico here).

Trump is exhibited as the primary example: the more his comments are rated as lies, even pants-on-fire lies, the more popular he becomes. But other politicians, including Hillary, are also cited for saying false things and refusing to renounce them.

A further analysis by Michael Kinsley ( here) suggests that a candidate or an elected leader and his followers know they are playing a game, and winning depends on having the more compelling narrative, never mind the “truth.” In fact, these falsehoods are not even concerned with any “truth,” they are just making up stuff that sounds good to an audience. In other words, they are not lying, they are bullshitting. Insiders know it and are OK with it, while much of the public is naive and therefore gullible.

As it happens Harry Frankfurt of Princeton gets to the heart of the matter in his provocative essay, On Bullshit, he says:

It is impossible for someone to lie unless he thinks he knows the truth. Producing bullshit requires no such conviction.

Someone who lies and someone who tells the truth are playing on opposite sides, so to speak, in the same game.

The bullshitter ignores these demands altogether. He does not reject the authority of the truth, as the liar does, and oppose himself to it. He pays no attention to it at all. By virtue of this, bullshit is a greater enemy of the truth than lies are.

Now the parallel with climatism is obvious. The Paris COP was striking in the sheer volume of claims that were stated as truths without any attempt to provide proof or even admit the need for any. Climatism is now unconnected to facts, evidence or logical argument. It explains why both political and climate fact-checkers are widely ignored.

The bullshitter may not deceive us, or even intend to do so, either about the facts or about what he takes the facts to be. What he does necessarily attempt to deceive us about is his enterprise. His only indispensably distinctive characteristic is that in a certain way he misrepresents what he is up to.
This is the crux of the distinction between him and the liar.

I believe Science Matters because actual scientific understanding does inform us about the future and what we need to do to prepare. But in the present environment, bullshitting is the order of the day, and we live in the twilight of Post-Truth discourse.

The contemporary proliferation of bullshit also has deeper sources, in various forms of skepticism which deny that we can have any reliable access to an objective reality and which therefore reject the possibility of knowing how things truly are. These “anti-realist” doctrines undermine confidence in the value of disinterested efforts to determine what is true and what is false, and even in the intelligibility of the notion of objective inquiry.

For more on the degradation of objective truth (AKA the Revenge of the Humanities) see: