Green economics was on full display this week when the Ontario provincial government decided to cancel contracts for additional electrical power from renewables, such as those previously offered in March 2016.

the act or process of using one’s assets and resources to increase one’s share of existing wealth without creating new wealth.

(specifically) the act or process of exploiting the political process or manipulating the economic environment to increase one’s revenue or profits.

a person who pays a regular charge for the use of a public utility, as gas or electricity, usually based on the quantity consumed.

The background of this predicament is here Electrical Madness in Green Ontario.

Ratepayers are Fed Up

Feed-in tariffs for 20-year renewable power contracts have the ratepayers outraged, as voiced by the opposition (CBC):

“This government has plowed ahead for years signing contracts for energy we simply do not need,” said Opposition Leader Patrick Brown. “The premier has become the best minister of economic development that Pennsylvania and New York has ever seen.”

The Tories used virtually all their time in question period talking about individuals and business owners struggling with soaring electricity rates, and claimed Thibeault’s cancellation announcement was an admission by the Liberals that their green energy policies were misguided.

“It’s bad policy,” said Brown. “I just wish at this point, now that they’ve acknowledged that they’ve made a mistake, that they would apologize. They made a huge mistake on the energy file and everyone in Ontario is paying for it.”

Mr. Thibeault said contracts signed in an earlier green-energy procurement will be honoured. In March, the province reached 16 deals with 11 firms to build wind, solar and hydroelectric projects for a total of 455 megawatts of new capacity. The negotiated prices were much lower than earlier fixed-price contracts for renewables because of the competitive bidding.

The Liberal government has been under pressure from the opposition and rural residents who oppose wind farms to scale back its renewable plans and to find a way to trim increases in electricity prices.

Renewables lobbyists are defending their interests (Globe and Mail):

But the cancellation was a shock to the renewable-energy industry, which was counting on the new program, which would have awarded contracts for about 1,000 MW of projects in 2018.

John Gorman, president of the Canadian Solar Industries Association, said the decision could hurt manufacturers and installers of solar product in the province just as they are becoming significant global competitors.

Lobby group Environmental Defence called the cancellation “short-sighted” and said this is “exactly the wrong time to put the brakes on renewable energy.”

Several rent-seekers as well as the Energy Minister said renewable prices were coming down, but didn’t say they are still several multiples of the $23/MWh Ontario wholesale price. Nor did anyone point out the cancellation is only avoiding a future rate increase, not bringing rates down.  The politics have forced the administration into promising an 8% cut in consumer electricity rates, and it can only come from reducing the subsidies. Hence the howling. 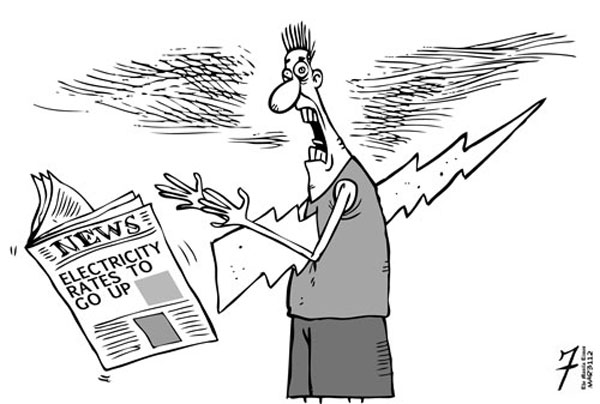 For More on Wind Power problems:  Climateers Tilting at Windmills