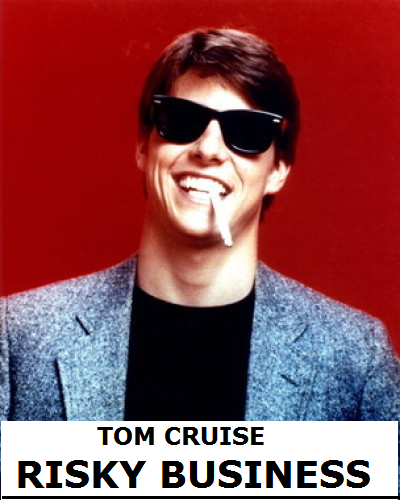 A new theme emerging out of the IPCC Fifth Report was the emphasis on selling the risk of man-made climate change. The idea is that scientists should not advocate policy, but do have a responsibility to convince the public of the risks resulting from burning fossil fuels.

What is our role in public leadership as scientists? I would suggest a few action items: Work to reduce risk and cost for the public; steward the public’s interest in evidence; and be steady and committed to the scientific process of dissent, revision and discovery. This means communicating risk when necessary. We would never fault an oncologist for informing patients about the cancer risks that come with smoking. Why would we expect Earth scientists to be any different, when we’re just as certain?

As a public scholar with expertise in paleoclimate science, I communicate alarming, difficult information about the consequences to Earth and ocean systems that have come with past events of abrupt climate warming. As the saying goes, the past is the key to the future.

We are living through a crisis of trust between the American public and climate scientists, and we must extend ourselves, as scientists and public servants, to rebuild transparency and trust with the public. I will start: I want the global community to mitigate the extreme risk of the warmest future climate scenarios. And, I want my kid to eat salmon and ski with his grandkids in the future. I am invested in that cooler, safer, more sustainable future — for your kids and for mine. Just don’t call me an alarmist.

This provides a teachable moment concerning the rhetorical maneuver to present climate as a risky business. The technique typically starts with a particular instance of actual risk and then makes a gross generalization so that the risk is exaggerated beyond reason.  From the article above:

Climate scientists are just as certain as oncologists are.

Herein lies the moral of this tale. The particular risk is the convincing epidemiological evidence linking lung cancer to smokers. The leap was claiming second-hand smoke puts non-smokers at risk of cancer. The statistical case was never conclusive, but the public was scared into enacting all kinds of smoke-free spaces.

Very few passive smoking/lung cancer studies are published these days compared to the glut of the 1980s and 1990s, but the handful that have appeared in recent years continue to support the null hypothesis. For all the campaigners’ talk of “overwhelming evidence”, the link between secondhand smoke and lung cancer has always been very shaky. It tends to be the smaller, case-control studies which find the associations while the larger, cohort studies do not (and, as the JNCI report notes, case-control studies “can suffer from recall bias: People who develop a disease that might be related to passive smoking are more likely to recall being exposed to passive smoking.”)

Gerard Silvestri, MD, of the Medical University of South Carolina, a member of NCI’s PDQ Screening and Prevention Editorial Board said (here):

“We’ve gotten smoking out of bars and restaurants on the basis of the fact that you and I and other nonsmokers don’t want to die,” said Silvestri. “The reality is, we probably won’t.”

To be clear, I don’t want smokers fouling my space in restaurants, and the policies are beneficial to me esthetically. But there was never any certainty about my risk of cancer, just the spoiling of clean air around me.  What was a matter of opinion and personal preference was settled politically by asserting scientific certainty of my health risk.

To draw the point finely, secondhand smoke shows how science is used by one group (anti-smoking activists) against another group (smokers) by mobilizing support for regulations on the basis of a generalized risk, raising concerns among the silent majority who otherwise were not particularly interested in the issue.

Climate as a Risky Business

In the climate field, any flat Polynesian island is of course at risk of flooding, and thus by extension they produce images of Manhattan under water. Global risk is trumpeted, ignoring all the local particularities of land subsidence, tidal gauge records, terrain drainage features, infrastructure, precipitation patterns, etc.

Any storm, drought, flood, or unusual weather likewise presents a particular risk in the locale where it occurs. The gross exaggeration is to claim that we are increasing the risk of all these events, and by stopping burning fossil fuels we can prevent them from happening.

Sarah Myhre’s research focuses on ocean dead zones (oxygen-depleted waters), which is a real and long-studied risk. Then comes her leap into the fearful future:

The surface and deep ocean will continue to absorb heat and CO2 from the atmosphere. The heating of the ocean will increase the stratification of water (i.e. ocean mixing will be reduced, as will the strength of thermohaline circulation). Ocean heating will also drive the thermal expansion of the interior of the ocean – this is one of the primary contributors to sea level rise.

This is a continuation of a scare called Climate Change Is Suffocating The Oceans.  Once again climate alarmists/activists have seized upon an actual environmental issue, but misdirect the public toward their CO2 obsession, and away from practical efforts to address a real concern. Some excerpts from scientific studies serve to put things in perspective.  See Ocean Oxygen Misdirection

As a paleoclimate expert the author knows the climate and sea levels have changed many times in the past, and often shifted quickly in geological terms.

And yet the evidence shows clearly that CO2 follows as an effect of changing temperatures, not the cause.

Warmists are of the opinion that because of burning fossil fuels, our modern climate no longer compares to paleoclimates, a claim in fact that humans are overriding natural forces. But the message from the ice cores is clear: Through the ages, CO2 responds to temperatures and not the other way around.

The other message is also clear: Climates change between warm and cool, and warm has always been good for humans and the biosphere. We should concern ourselves with Adaptation, preparing for the cold times with robust infrastructure and reliable, affordable energy.

See also CO2 and Climate Change for the Ages

Actuaries are accountants specialized in risk statistics like morbidity and mortality, usually working in the insurance industry.

Question:  What is the difference between an Actuary and an Auditor?
Answer:  The Auditor is the one with a sense of humor.
(Old joke from days working at KPMG)