Is global warming a looming catastrophe? President Donald Trump has often said he doesn’t think so even while his administration continues to release official reports warning that it is.

The president will soon find out who is right by convening a high-level commission to do a critical review of the fourth National Climate Assessment issued last November and other government reports.

Surprisingly, most of the climate science funded by the federal government has never been subjected to the kind of rigorous and exhaustive review that is common practice for other important scientific issues and major engineering projects.

For example, when NASA was putting men on the moon, every piece of equipment and every calculation were scrutinized from every possible angle simply because if anything went wrong the mission would fail.

Serious problems and shortcomings with official climate science have been raised repeatedly in the past by highly qualified scientists such as Princeton’s brilliant physics professor William Happer only to be ignored or dismissed by the federal agencies in charge of producing the reports.

Given the magnitude of the potential costs involved, taking on trust the bureaucratic processes that have led to official consensus is simply foolish. Thus the review to be undertaken by the proposed President’s Commission on Climate Security is long overdue.

To mention only three major issues among many that need to be scrutinized:

First, the computer models used have predicted far more warming than has occurred over the past 40 years. Why have such models failed and why are they still used are important questions.

Second, predictions of the various negative impacts of warming, such as sea level rise, are derived from highly unrealistic scenarios; and positive impacts, such as less ferocious winter storms, are minimized or ignored. What would a more honest accounting of all the possible impacts of climate change look like?

Third, surface temperature data sets appear to have been manipulated to show more warming in the past century than has occurred. The new commission should insist that the debate be based on scrupulously reliable data.

Since news of the proposed review leaked out in February, a furious campaign to stop it has been mounted by the federal climate bureaucracy and their allies in the climate industrial complex.

On the surface, this seems puzzling. If the alarmists are confident that the science contained in the official reports is spot on, they should welcome a review that would finally put to rest the doubts that have been raised.

On the other hand, their opposition suggests that the science behind the climate consensus is highly suspect and cannot withstand critical review. In other words, they’ve been peddling junk and are about to be found out. 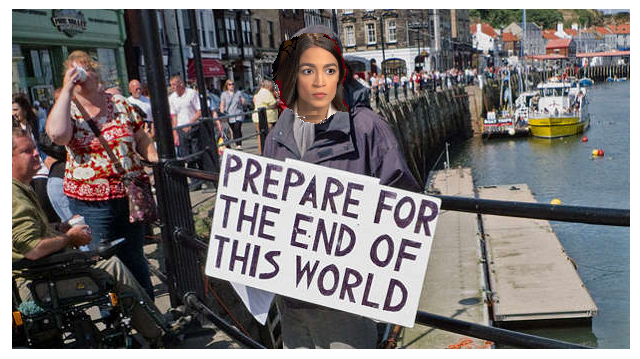 Denouncing an expert review seems a most inappropriate response, and especially to one that is designed to be open and subject to further review by other experts, such as the National Academies of Science.

I wonder if environmental pressure groups have ever denounced doing another environmental review of projects – for example, the Keystone XL pipeline – they are trying to stop.

Two prominent promoters of global warming alarmism recently published an op-ed in which they accused the Trump administration of using “Stalinist tactics” to try to discredit the climate science consensus.

Let’s hope that they’re not as ignorant about science as they are about history. It’s the enforcers of climate orthodoxy and opponents of open debate who are using Stalinist tactics.