As You Sow, So Shall You Reap.

This proverb from the bible draws an analogy from farming: The seeds you choose to put in the soil lead to different crops. Humans are responsible for the effects of their actions. If the action is based on goodness, it will churn out only goodness in the long run. If the action has been evil, the outcome also tends to be evil. The Holy Gita and Koran also emphasize the same. Goodness is the child of good deeds and misfortune and calamities are the children of evil.

Bringing this into the present, we are seeing the effects of environmental evangelists sowing seeds of fear into generations of children. The climate change movement has morphed into a doomsday cult, with those who have been duped taking to the streets like so many zombies with minds totally captured by fear. Could it be that the alarmists are ramping up fears of the climate boogyman just now, when indications of a cooler future are gaining strength?

We Have Nothing to Fear But Fear Itself.

Parents know that small children at some point become afraid of the boogeyman under the bed. Each child must confront the fear in order to go beyond it. Hank Aaron, #2 all-time home run hitter, said he was cured after his father pulled Hank’s mattress off the bed, putting it directly on the floor. In some way, every child must come to recognize the difference between figments of a fearful imagination, and realities to be faced and overcome. Sometimes people are consumed with doubt and fear as were Americans following the Great Depression. In 1932 Franklin D Roosevelt famously said upon taking office, “We have nothing to fear but fear itself.” He went on to say: “Nameless, unreasoning, unjustified terror paralyzes needed efforts to convert retreat into advance.”  Where, oh where is there such leadership today? 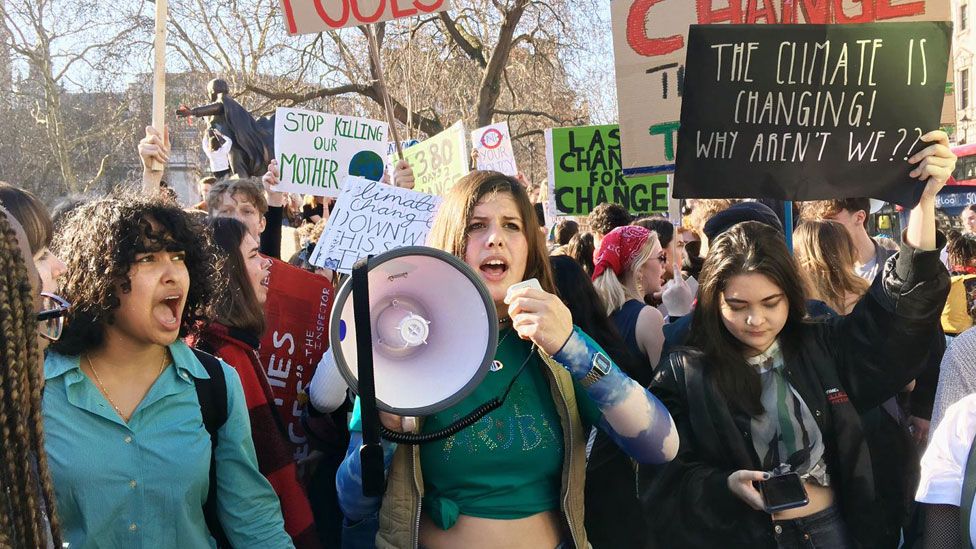 Bjørn Lomborg wrote about the overheated discourse that has children taking to the streets on the advice of adults who should know better.  Overheating About Global Warming was published at Project Syndicate.  Excerpts in italics with my bolds and images.

Decades of climate-change exaggeration in the West have produced frightened children, febrile headlines, and unrealistic political promises. The world needs a cooler approach that addresses climate change smartly without scaring us needlessly and that pays heed to the many other challenges facing the planet.

Across the rich world, school students have walked out of classrooms and taken to the streets to call for action against climate change. They are inspired by 16-year-old Swedish activist Greta Thunberg, who blasts the media and political leaders for ignoring global warming and wants us to “panic.” A global day of action is planned for March 15.

Although the students’ passion is admirable, their focus is misguided. This is largely the fault of adults, who must take responsibility for frightening children unnecessarily about climate change. It is little wonder that kids are scared when grown-ups paint such a horrific picture of global warming.

For starters, leading politicians and much of the media have prioritized climate change over other issues facing the planet. Last September, United Nations Secretary-General António Guterres described climate change as a “direct existential threat” that may become a “runaway” problem. Just last month, The New York Times ran a front-page commentary on the issue with the headline “Time to Panic.” And some prominent politicians, as well as many activists, have taken the latest report from the United Nations Intergovernmental Panel on Climate Change (IPCC) to suggest the world will come to an end in just 12 years.

This normalization of extreme language reflects decades of climate-change alarmism. The most famous clip from Al Gore’s 2006 film An Inconvenient Truth showed how a 20-foot rise in sea level would flood Florida, New York, the Netherlands, Bangladesh, and Shanghai – omitting the fact that this was seven times worse than the worst-case scenario. 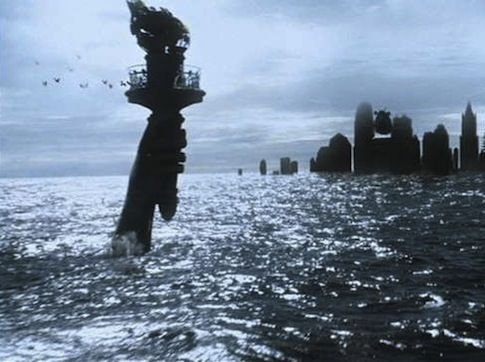 When the language stops being scary, it gets ramped up again. British environmental campaigner George Monbiot, for example, has suggested that the term “climate change” is no longer adequate and should be replaced by “catastrophic climate breakdown.”

Educational materials often don’t help, either. One officially endorsed geography textbook in the United Kingdom suggests that global warming will be worse than famine, plague, or nuclear war, while Education Scotland has recommended The Day After Tomorrow as suitable for climate-change education. This is the film, remember, in which climate change leads to a global freeze and a 50-foot wall of water flooding New York, man-eating wolves escape from the zoo, and – spoiler alert – Queen Elizabeth II’s frozen helicopter falls from the sky.

Reality would sell far fewer newspapers. Yes, global warming is a problem, but it is nowhere near a catastrophe. The IPCC estimates that the total impact of global warming by the 2070s will be equivalent to an average loss of income of 0.2-2% – similar to one recession over the next half-century. The panel also says that climate change will have a “small” economic impact compared to changes in population, age, income, technology, relative prices, lifestyle, regulation, and governance.

And while media showcase the terrifying impacts of every hurricane, the IPCC finds that “globally, there is low confidence in attribution of changes in [hurricanes] to human influence.” What’s more, the number of hurricanes that make landfall in the United States has decreased, as has the number of strong hurricanes. Adjusted for population and wealth, hurricane costs show “no trend,” according to a new study published in Nature.

Another Nature study shows that although climate change will increase hurricane damage, greater wealth will make us even more resilient. Today, hurricanes cost the world 0.04% of GDP, but in 2100, even with global warming, they will cost half as much, or 0.02% of GDP. And, contrary to breathless media reports, the relative global cost of all extreme weather since 1990 has been declining, not increasing.

Perhaps even more astoundingly, the number of people dying each year from weather-related catastrophes has plummeted 95% over the past century, from almost a half-million to under 20,000 today – while the world’s population has quadrupled.

Meanwhile, decades of fearmongering have gotten us almost nowhere. What they have done is prompt grand political gestures, such as the unrealistic cuts in carbon dioxide emissions that almost every country has promised under the 2015 Paris climate agreement. In total, these cuts will cost $1-2 trillion per year. But the sum total of all these promises is less than 1% of what is needed, and recent analysis shows that very few countries are actually meeting their commitments.

In this regard, the young protesters have a point: the world is failing to solve climate change. But the policy being pushed – even bigger promises of faster carbon cuts – will also fail, because green energy still isn’t ready. Solar and wind currently provide less than 1% of the world’s energy, and already require subsidies of $129 billion per year. The world must invest more in green-energy research and development eventually to bring the prices of renewables below those of fossil fuels, so that everyone will switch.

And although media reports describe the youth climate protests as “global,” they have taken place almost exclusively in wealthy countries that have overcome more pressing issues of survival. A truly global poll shows that climate change is people’s lowest priority, far behind health, education, and jobs.

In the Western world, decades of climate-change exaggeration have produced frightened children, febrile headlines, and grand political promises that aren’t being delivered. We need a calmer approach that addresses climate change without scaring us needlessly and that pays heed to the many other challenges facing the planet.

Bjørn Lomborg, a visiting professor at the Copenhagen Business School, is Director of the Copenhagen Consensus Center. His books include The Skeptical Environmentalist, Cool It, How to Spend $75 Billion to Make the World a Better Place, The Nobel Laureates’ Guide to the Smartest Targets for the World, and, most recently, Prioritizing Development. In 2004, he was named one of Time magazine’s 100 most influential people for his research on the smartest ways to help the world.