Matthew Continetti writes at Washington Free Beacon The Wages of Woke.  Excerpts in italics with my bolds.
How the left uses corporate America to evade democracy

Time was, CEOs of mighty enterprises shied away from politics, especially hot-button social and cultural issues. They focused instead on the bottom line. They maximized shareholder value by delivering goods and services to customers. Some businessmen still operate by this principle. In doing so they provide not only for their employees and CEOs and board members but also for the institutions—pensions, individual retirement plans, index funds, hospitals, philanthropies—invested in their companies.

That is no longer enough for many of America’s richest and most powerful. Suddenly, corporate America has a conscience. Every week brings new examples of CEOs intervening in political, cultural, and social debate. In every instance, the prominent spokesmen for American business situate themselves comfortably on the left side of the political spectrum.

Shareholder capitalism finds itself under attack.
Not just from socialism but also from woke capitalism. 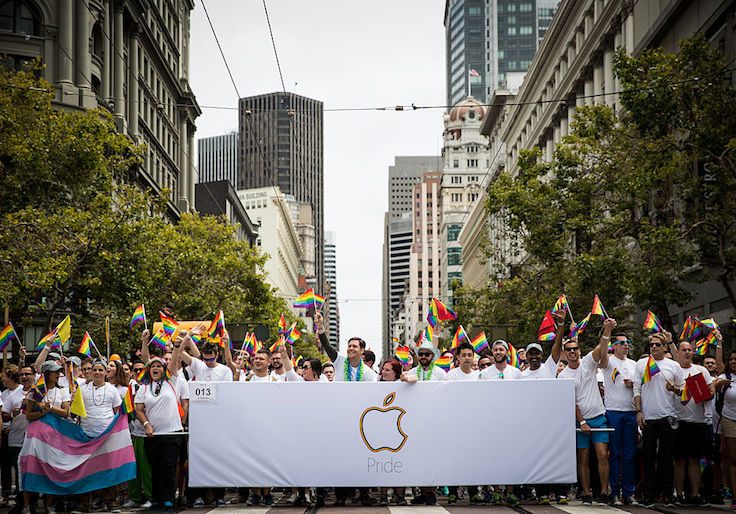 These outbursts are not just virtue signaling. Nor is the left-wing tilt of corporate America merely a response to the “rising American electorate” of Millennial, Gen Z, and minority consumers. What is taking place is not a business story but a political one. What is known as “stakeholder capitalism” is another means by which elites circumvent democratic accountability.

Corporate managers find themselves at odds with at least 46 percent of the electorate. The divergence is not over jobs or products. It is over values. The global economy generates social inequalities as much as economic ones. Many of the winners of the global economy justify their gains by adopting the rhetoric, tastes, ideas, and affiliations of their cultural milieu. Their environment is inescapably center left.

Even so, the social justice agenda of corporate America is not only meant to appease voters, or even to placate Elizabeth Warren. Some of these businessmen really believe what they are saying. And they are beginning to understand that they have another way—through social position and market share—to impose their cultural priorities on a disagreeable public.

The trend began as a response to the Tea Party. In 2010 the “Patriotic Millionaires” began advocating for higher marginal tax rates. A few years later, when state legislatures passed laws opposed by pro-choice and LGBT groups, corporations threatened or waged economic boycotts. Large individual donations made up more than half of Hillary Clinton’s fundraising; for Donald Trump the number was 14 percent.

CEOs protested the implementation of President Trump’s travel ban in 2017. The following year, after two black men were arrested at a Philadelphia Starbucks, Howard Schultz closed stores nationwide so his more than 175,000 employees could be trained in diversity, equity, and inclusion. Earlier this summer, Nike pulled shoes featuring the Betsy Ross flag after Colin Kaepernick raised objections. Recently four major auto companies struck a deal with the state of California to preserve fuel economy standards the Trump administration opposes.

Business has provided ideological justification for its activities. In mid-August, a group of 181 members of the Business Roundtable, including the CEOs of Morgan Stanley, GM, Apple, and Amazon, issued a statement redefining the purpose of a corporation. “Generating long-term value for shareholders” is necessary but insufficient. In the words of Jamie Dimon, business must “push for an economy that serves all Americans.” A few weeks later, one of the Business Roundtable signatories, Walmart CEO Doug McMillon, announced that America’s largest retailer would end sales of ammunition for handguns and for some rifles. Once its current inventory is exhausted, of course.

“We encourage our nation’s leaders to move forward and strengthen background checks and to remove weapons from those who have been determined to pose an imminent danger,” McMillon wrote. “We do not sell military-style rifles, and we believe the reauthorization of the Assault Weapons ban should be debated to determine its effectiveness.” Note the use of the first-person plural. Of Walmart’s 1.5 million employees, more than a few, one assumes, do not believe it is necessary to “strengthen background checks” or debate “the Assault Weapons ban.”

To whom does the “we” in McMillon’s statement refer? To everyone who thinks like he does.

“You have a business acting in a more enlightened and more agile way than government,” is how one MSNBC contributor enthusiastically described Walmart’s directive. Left unsaid is why government has not, in this case, been “enlightened” or “agile.” The reason is constitutional democracy. The electorate, like it or not, continues to put into office representatives opposed to gun registration and to a renewal of the Assault Weapons ban. And these representatives, in turn, have confirmed judges who believe the Second Amendment is just as important to self-government as the First and Fourteenth.

Much of Western politics for the last decade has involved elites figuring out new ways to ignore or thwart the voting public.

Barack Obama was following in the EU’s footsteps when he went ahead with Obamacare despite Scott Brown’s victory in Massachusetts in January 2010, and when he expanded his DACA program to the parents of illegal immigrants brought here as children despite Republican gains in the 2014 election and despite his own admission that he lacked authority.

James Comey’s towering ego and self-regard compelled him to interfere in the 2016 election with consequences we can only begin to reckon. Over the last two-and-a-half years, district judges and anonymous bureaucrats have impeded and obstructed the agenda of a duly elected chief executive. A few weeks ago a former governor of the Federal Reserve suggested in Bloomberg that the central bank should thwart Trump’s reelection. And in England, elite resistance to the results of the 2016 Brexit referendum and to the 2017 parliamentary invocation of Article 50 has brought the government into a crisis from which there seems no escape.

In such an environment, one begins to see the appeal of nongovernmental instruments of power. What might be rejected at the ballot box can be achieved through “nudging” in the market and in the third sector. If you can’t enact national gun control through Congress, why not leverage the economic and cultural weight of America’s largest corporations?

The market, we are told, is not a democracy.  Oh, but it is.

The market may be the ultimate democracy. “The picture of the prettiest girl that ever lived,” wrote Joseph Schumpeter, “will in the long run prove powerless to maintain the sales of a bad cigarette.” Woke capitalists remain accountable to consumers and to shareholders. The audiences of ESPN and of the NFL cratered when those institutions elevated politics over consumer demand. Hollywood’s anti-American offerings routinely flop. Public opinion, in the form of popular taste, rules. Shareholders of publicly traded companies are a type of electorate. The companies that do not satisfy customers will disappear. Or shareholders will demand changes to management to prevent such an outcome.

The politicization of firms is a double-edged sword. The responsible stakeholder CEOs may have the best of intentions. They might assume they are doing the right things not only by their companies but also by their societies. What they fail to understand is that corporations acting as surrogates of one element of society, or of one political party, will not be treated as neutral by other elements, by the other party. By believing their superior attitudes will save capitalism, our right-thinking elites are undermining its very legitimacy, and increasing the severity of the ongoing populist revolt.