Johathan Turley writes at The Hill The FBI comes up empty-handed in its search for a Jan. 6 plot. Excerpts in italics with my bolds and images. 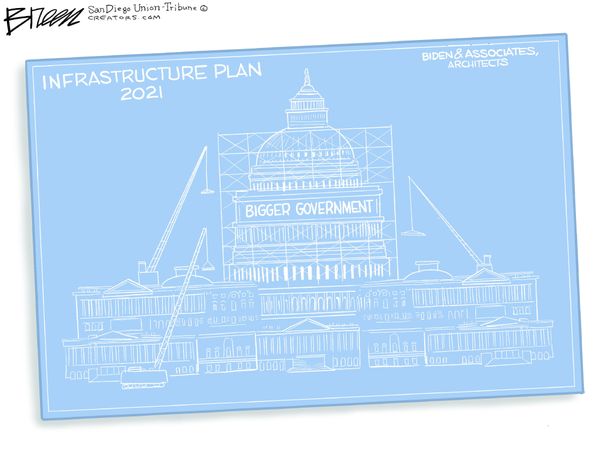 The same is true with labeling political violence. When protests by Black Lives Matter and other groups turned violent last summer, some media employees were expressly told not to refer to “rioters” but rather “protesters.” Riots causing massive property damage were described by CNN as “fiery but mostly peaceful protests.” 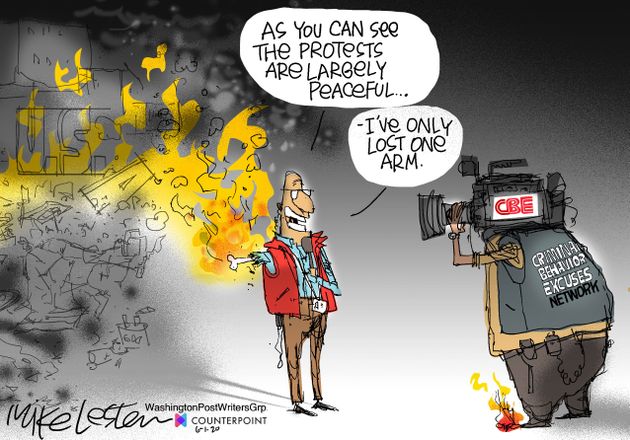 Conversely, the Jan. 6 attack on the Capitol could not be just a riot, let alone a “fiery” protest, but only an “insurrection.” Many in the media continue referring to “the insurrectionists” rather than the rioters. National Public Radio even ran a running account of the “Capitol insurrection.” The term was further driven home by House Democrats by impeaching former President Trump for “incitement to insurrection” despite undermining any chance for an actual conviction. Members of Congress such as Rep. Eric Swalwell (D-Calif.) are still in federal court claiming a conspiracy of “armed and organized insurrectionists.”

The characterization of the attack as an insurrection served myriad political and personal purposes. First, it painted anyone associated with challenging the 2020 election results as supporting sedition and the country’s overthrow. Second, if this was a protest allowed to turn into a riot, there would be more questions about the failure to properly protect the Capitol.

Despite the adoption of the term by many in the media, there has been a growing disconnect with the actual cases in court. Indeed, a new report from Reuters disclosed that the FBI has apparently struggled to support the account of a coordinated “insurrection” on Jan. 6. Reuters’s FBI sources said that, despite months of intense investigation, they could find “scant evidence” of any “organized plot” and instead found that virtually all of the cases are “one-offs.” One agent explained, “Ninety to 95 percent of these are one-off cases. Then you have 5 percent, maybe, of these militia groups that were more closely organized. But there was no grand scheme with Roger Stone and Alex Jones and all of these people to storm the Capitol and take hostages.”

In other words, they found a protest that became a runaway riot as insufficient security preparations quickly collapsed. While there clearly were those set upon trashing the Capitol, most people were shown milling about in the halls; many took selfies and actively described the scene on social media.

More than 570 people have been arrested, but only 40 face conspiracy charges. Those charges are often based on prior discussions about trying to enter Congress or bringing material to use in the riot; some clearly came prepared for rioting with ropes, chemical irritants and other materials. Those cases, however, are a small group among the hundreds charged and an even smaller percentage among the tens of thousands of protesters on that day. 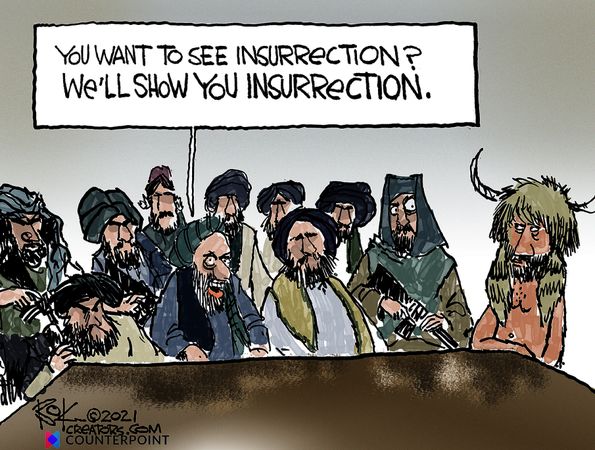 After five months of dragnet arrests nationwide, a few reporters have noted that no one was actually charged with insurrection or sedition. The vast majority of people face charges such as simple trespass. For example, the latest guilty plea is from San Francisco real estate broker Jennifer Leigh Ryan, who posted an account on social media of how “we’re gonna go down and storm the capitol.” She pleaded guilty this week to “parading, demonstrating, or picketing in a Capitol building” and faces a maximum sentence of six months in prison and a fine of $5,000.

Yet the characterization of the “insurrection” has continued as a virtual article of faith for those reporting on or writing about Jan. 6. Moreover, the treatment of many has remained severe, if not draconian by design. Justice official Michael Sherwin proudly declared in a television interview that “our office wanted to ensure that there was shock and awe. … It worked because we saw through media posts that people were afraid to come back to D.C. because they’re like, ‘If we go there, we’re gonna get charged.’ … We wanted to take out those individuals that essentially were thumbing their noses at the public for what they did.” 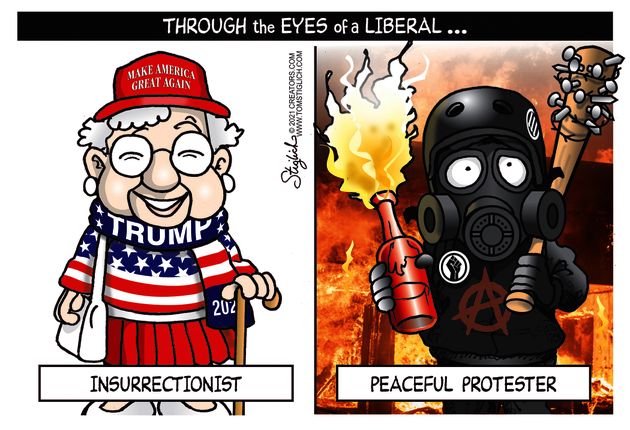 That “shock and awe” included holding people without bail and imposing “restrictive housing” for no obvious reason. That includes some of the most notable figures from that day, such as Jacob Chansley (aka Jake Angeli), better known as “Chewbacca man” or the “QAnon shaman” for the distinctive horned headdress he wore during the riot. Angeli, 33, is not accused of attacking anyone while parading around the Senate floor in his bear skin. He always insisted he was not trying to overthrow the nation with his decorative outfit and spear-topped flagpole. While the government did not find that he engaged in sedition, it did learn that he has an array of mental illnesses, including transient schizophrenia, bipolar disorder, depression and anxiety. Yet he has been held since the riot and is charged with six crimes, including violent entry, trespass and parading, which collectively could yield up to 28 years in prison.

There is a fair distinction between those who tried to stop the certification of a presidential election and those who burn police stations or businesses during protests.

Yet there remains a striking contrast in how other riots are characterized or prosecuted. Most of those arrested for violent protests after the death of George Floyd saw their charges dropped by state prosecutors. For months, rioters sought to burn federal buildings or occupy state capitals and in some cases seized police stations and sections of cities or even a city hall. They were not declared insurrectionists; they were rioters before being set free after brief arrests.

Many of us remain disgusted and angered by the Jan. 6 riot — but it was a riot. It also was a desecration. These people deserve to be punished, particularly those who went with an intent to try to enter the Congress. The question is whether you can have an insurrection without anyone actually insurrecting. That Zen-like question may find its way into the hearings of some pending cases.

Calling these people “rioters” does not minimize what they did — or undermine the legitimacy of their punishment. However, there is wisdom and even the chance for resolution when we “call things by their proper name.”

For a tutorial in winning the naming game, see “I am Non-racial”