A paper was just published by an IPCC reviewer No Empirical Evidence for Significant Anthropogenic Climate Change by J. Kauppinen and P. Malmi. Excerpts in italics with my bolds. H/T WUWT

An analysis by Finnish researchers adds to the chain of studies supporting the Cosmoclimatology theory first proposed by Svensmark. Their focus is on the relation between the changes in temperatures and the changes in low cloud cover.  Their findings are consistent with the global brightening and dimming research centered at ETH Zurich, which is elaborated later on.

Figure 2. [2] Global temperature anomaly (red) and the global low cloud cover changes (blue) according to the observations. The anomalies are between summer 1983 and summer 2008. The time resolution of the data is one month, but the seasonal signal is removed. Zero corresponds about 15°C for the temperature and 26 % for the low cloud cover. 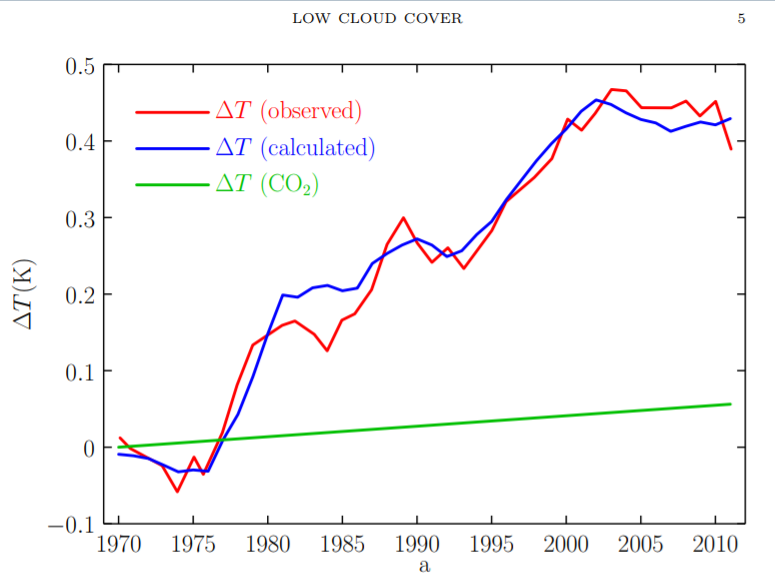 The IPCC climate sensitivity is about one order of magnitude too high, because a strong negative feedback of the clouds is missing in climate models. If we pay attention to the fact that only a small part of the increased CO2 concentration is anthropogenic, we have to recognize that the anthropogenic climate change does not exist in practice. The major part of the extra CO2 is emitted from oceans [6], according to Henry‘s law. The low clouds practically control the global average temperature. During the last hundred years the temperature is increased about 0.1°C because of CO2. The human contribution was about 0.01°C.

We have proven that the GCM-models used in IPCC report AR5 cannot compute correctly the natural component included in the observed global temperature. The reason is that the models fail to derive the influences of low cloud cover fraction on the global temperature. A too small natural component results in a too large portion for the contribution of the greenhouse gases like carbon dioxide. That is why IPCC represents the climate sensitivity more than one order of magnitude larger than our sensitivity 0.24°C. Because the anthropogenic portion in the increased CO2 is less than 10 %, we have practically no anthropogenic climate change. The low clouds control mainly the global temperature. 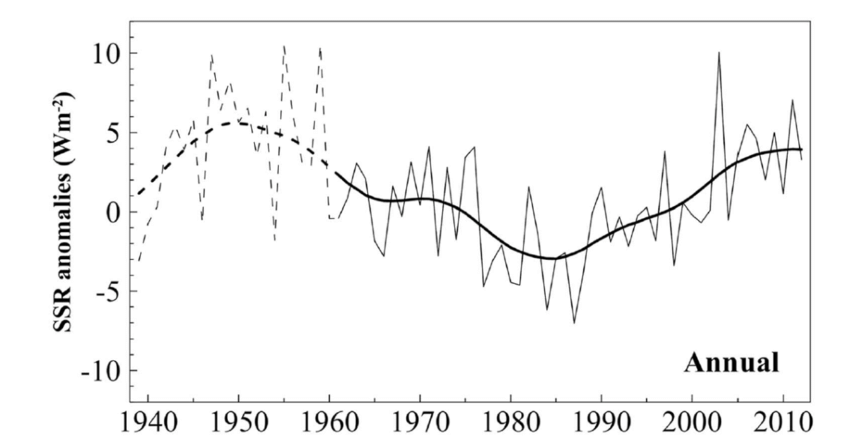