The title of the article is not wrong, as we shall see below. But as usual climatists leave out the reality so obvious in the pie chart above. Seeing which energy sources are driving his nation’s prosperity provides the missing context for understanding the priorities of Mexican President Andres Lopez Obrador

The alarmist/activist hand-wringing is in full display:

With its windy valleys and wide swaths of desert, Mexico has some of the best natural terrain to produce wind and solar energy. And, in recent years, the country has attracted alternative energy investors from across the globe.

An aerial view of the Villanueva photovoltaic power plant in the municipality of Viesca, Coahuila state, Mexico. The plant covers an area the size of 40 football fields making it the largest solar plant in the Americas. (Alfredo Estrella / AFP/Getty Images)

But the market has taken a step back under Mexico’s new president, who has made clear his priority is returning Mexico’s oil company to its former dominance.

Since taking office Dec. 1, President Andres Manuel Lopez Obrador has canceled a highly anticipated electricity auction, as well as two major transmission-line projects that would have transported power generated by renewable energy plants around the country. He has also called for more investment in coal, and stood by as his director of Mexico’s electric utility dismissed wind and solar energy as unreliable and expensive.

It’s too soon to forecast the long-term consequences, but business leaders and energy consultants are seeing a trend: a chilling in the country’s up-and-coming renewable energy market.

Further on we get the usual distortions and misdirection: Renewables capacities and low prices are cited ignoring the low actual production and intermittancy mismatch with actual needs.

Energy and oil remain sensitive topics in Mexico, where people still recall the glory days of state-owned oil company Pemex, when it was the country’s economic lifeblood. There’s even a day commemorating Mexico’s 1938 nationalization of its oil and mineral wealth.

In recent years, however, Mexico’s energy market has undergone a transformation and reached out to investors. In 2014, Lopez Obrador’s predecessor, Enrique Peña Nieto, fully opened up the country’s oil, gas and electricity sector to private investment for the first time in 70 years.

The effects were immediate. In the oil sector, companies such as ExxonMobil and Chevron clamored to explore large deposits that had once been the sole purview of Pemex.

On the electricity side, the reform led to billions of dollars in private investment in Mexico’s power sector, both in renewable energy and traditional sources such as natural gas.

Through a series of auctions, Mexico’s state-owned utility awarded long-term power contracts to private developers. Although the auctions were open to all energy technologies, wind and solar companies won the bulk of the contracts because they offered among the lowest prices in the world. Solar developers won contracts to generate electricity in Mexico at around $20 per megawatt-hour, according to the government. Industry sources said that is about half the going price for coal and gas.

Virtue Signalling is an Expensive Way to Run an Economy

Note that for true believers, no energy is “clean” except wind and solar. And Mexico is another example of how renewables cannibalize your electrical grid while claiming to be cheaper than FF sources and saving the planet from the plant food gas CO2. Meanwhile those two “zero carbon” sources provide only 2% of the energy consumed, despite the billions invested.

I get the impression that ALO is much smarter than AOC. 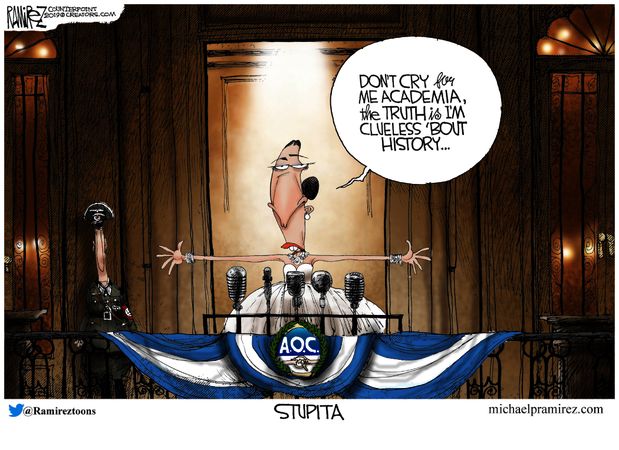 Cutting Through the Fog of Renewable Power Costs