Politicians ignore felonies in their midst, preferring to hector the misdemeanors of the universe

One of the weirdest characteristics of our global politicians and moral censors is their preference to voice cosmic justice rather than to address less abstract sin within their own purview or authority. These progressive virtue mongers see themselves as citizens of the world rather than of the United States and thus can impotently theorize about problems elsewhere when they cannot solve those in their own midst.

Big-city mayors are especially culpable when it comes to ignoring felonies in their midst, preferring to hector the misdemeanors of the universe. Notice how New York Mayor Bill De Blasio lords over the insidious deterioration of his city while he lectures on cosmic white supremacy. Mayor Michael Bloomberg used to sermonize to the nation about gun-control, global warming, the perils of super-sized soft drinks, smoking, and fatty-foods in his efforts to virtue signal his moral fides—even as his New York was nearly paralyzed by the 2010 blizzard that trapped millions of his city’s residents in their homes due to inept and incompetent city efforts to remove snow. Or is the “Bloomberg syndrome” worse than that—in the sense that sounding saintly in theory psychologically compensates for being powerless in fact? Or is it a fashion tic of the privileged to show abstract empathy? 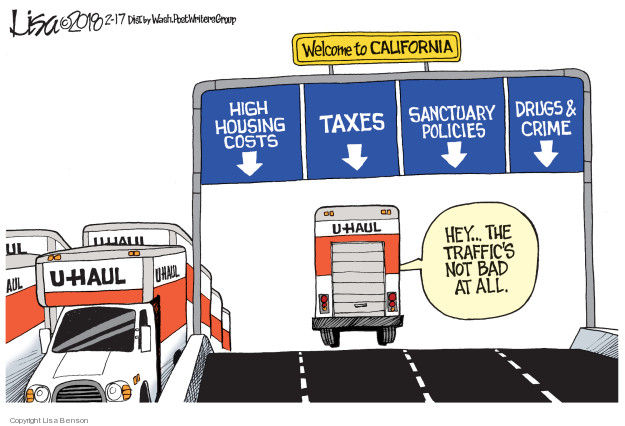 In the last years of Arnold Schwarzenegger’s governorship, Arnold more or less gave up on the existential crises of illegal immigration, sanctuary cities, soaring taxes, water shortages, decrepit roads and bridges, homelessness, plummeting public school performance, and a huge exodus out of state of middle-class Californians.

Instead he began to lecture the state, the nation, and indeed the world on the need for massive wind and solar projects and assorted green fantasies. His old enemies, jubilant that they had aborted his early conservative reform agenda, began to praise him both for his green irrelevancies and for his neutered conservatism—to the delight of the outgoing Arnold who was recalibrating his return to celebrity Hollywood.

Where Were the Sheriffs When Shooters Came

More recently, we often see how local sheriffs become media-created philosophers eager to blame supposed national bogeymen for mass shootings in their jurisdictions— killings that sometimes are at least exacerbated by the utter incompetence of local law enforcement chiefs.

One might have thought from Dupnik’s loud blame-game commentary that supposed outgunned deputies on duty had shot it out with the killer in a running gun battle, and that he was furious that talk radio or right-wingers had somehow impeded him from getting enough bullets or guns to his men to protect the victims from such a right-wing ideologue.

Hardly. This shooter had devoured both the Communist Manifesto and Mein Kampf. He was mentally unstable, drug addled, and without coherent views on contemporary issues, and thus no foot soldier in some vast right-wing conspiracy or any other conspiracy. He was certainly less connected to the Right than the Washington, D.C. shooter who tried to take out much of the Republican House leadership in 2017 was connected to the Left.

Again, no matter. The ubiquitous Dupnik in his efforts to translate his own incompetence and failure to secure the area where Giffords was to speak into media-driven celebrity, in cheap fashion blasted the Tea Party, critics of President Obama, and, of course, Rush Limbaugh as the culprits.

In truth, security in the supermarket parking lot where Giffords and others were shot was nearly nonexistent, a fact Dupnik never really addressed. He seemed unworried that he had not sent out deputies to ensure a U.S. congresswoman’s safety while conducting an open-air meeting with her constituents.

Florida Sheriff Scott Israel sought national media attention for trying to connect the horrific Parkland Florida mass shooting at Marjory Stoneman Douglas High School (17 dead), which took place in his jurisdiction, to the National Rifle Association and Republican politicians in general. But it was Israel’s own Broward County Sheriff’s Office that responded slowly to the killings. In some cases, Israel’s officers exhibited timidity and refused to enter the building to confront the deranged mass shooter.

Before Israel lectured an international television audience on the evils of lax gun laws he might have at least ensured that his own sheriffs were willing to risk their lives to protect the endangered innocent.

Dot-Com Wealthy Live High Above the Disasters on Their Doorsteps

If we sometimes wonder why for years saintly Apple, Facebook, and Google have thrived in a sea of homelessness, amid pot-holed streets lined with strapped employees living in their cars, a good indication might be that the cosmic social justice so often voiced as penance by their woke multibillionaire bosses exempts them from worrying about the disasters in their midst.

Pope Francis Calls for Open Borders from Behind Vatican Walls

Pope Francis recently lambasted a number of European countries and leaders for their apparent efforts to secure their national borders against massive illegal immigration from North Africa and the Middle East. Francis plugged European ecumenicalism and seemed to dismiss the populist and nationalist pushback of millions of Europeans, who see the EU as both anti-democratic and a peril to their own traditions and freedoms as citizens.

However, before Francis chastised the continent for its moral failings, he might have explained to Italians or Greeks worried over their open borders why the Vatican enjoys massive walls to keep the uninvited out and yet why other European countries should not emulate the nation-state Vatican’s successful preemptive fortifications.

Better yet, the pope might have taken a more forceful stance against the decades-long and ongoing legal dilemmas of hundreds of global Catholic Clergy, who have proven to be pedophiles and yet were not turned over to law enforcement. The cosmic idea of a United Europe is easy to preach about, but reining in what is likely an epidemic of child-molesting clergy is messy. Francis’s frequent abstract moralizing is quite at odds with either his inability or unwillingness to reform pathways to the priesthood, some of whose members have ruined thousands of lives.

What was lacking in the recent Democratic debates were concrete answers to real problems—as opposed to candidates’ nonstop cosmic virtue signaling. It is easy to blast “white supremacy” and “the gun culture” from a rostrum. But no one on stage seemed to care about the great challenge of our age, the inner-city carnage that takes thousands of young African-American lives each year. The inner-city murdering is tragically almost exclusively a black-on-black phenomenon (even rare interracial homicides are disproportionally committed by African-Americans) that occurs in progressive-run cities with strict gun control laws. 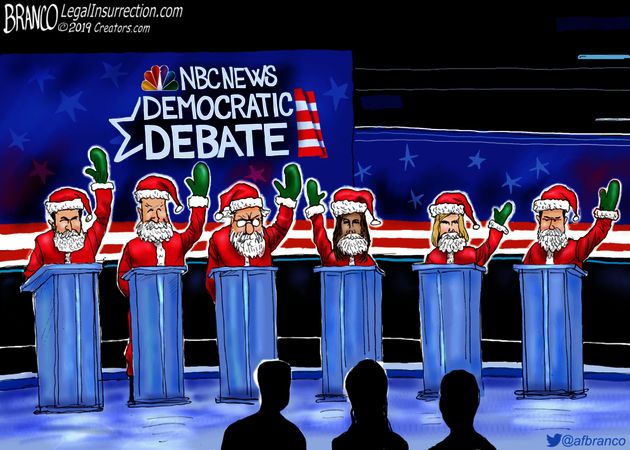 When leaders virtue signal about global or cosmic sin, it is often proof they have no willingness or power to address any concrete crisis. The public tires of such empty platitudes because they also see the culpable trying to divert attention from their own earthly failure by loudly appealing to a higher moral universe.

More mundanely, there is the role of hypocrisy: elites themselves never suffer the consequences of their own ethical inaction while the public never sees any benefit from their moral rhetoric. Illegal immigration is not a personal issue for Pope Francis, and most Europeans have more concrete things to worry about than lectures on populism and nationalism.

In the same fashion, New Yorkers in 2011 were worried more about the piles of snow on the sidewalks than they felt threatened by 32-ounce Cokes—while realizing that no snow blocked either the Bloomberg official or private residence.

Note a recent inexplicable Zogby poll that indicated 51 percent of blacks and Hispanics might support Donald Trump. How would such a supposedly counterintuitive result even be possible?

I have a suggestion: minority communities live first-hand with the violence and dangers of the gang gun culture. More policing and incarceration of guilty felons improve their lives. Secure borders mean fewer drug dealers and cartel smugglers in local communities, fewer schools swamped with non-English speakers, and social services not overwhelmed with impoverished non-Americans.

These can all be real concerns for beleaguered minorities. Yet they are virtue-signaled away by progressive elites whose own power and money allow them to navigate around the consequences of their own liberal fantasies that fall on distant others.

Add in a booming economy, rising incomes, and low unemployment for minorities, and the world of shrill yelling on the debate stage about “white privilege” seems some sort of an irrelevant fixation of the elite and privileged, akin to showing off a Gucci bag or Porsche Cayenne—but otherwise nothing to do with dangerous streets, wrecked schools, whizzing bullets, and social services that are becoming inoperative.

The next time a legislator, mayor, or governor rails about plastic straws or the Paris Climate Accord, be assured that his state’s roads are clogged, his public schools failing—and he is clueless or indifferent about it.