The map above shows the results of a survey in 2015 to measure the distribution of public opinion regarding global warming.  A previous post is reprinted below explaining the methods.  This post is about the media ruckus due to Elections Canada reminding environmental activists that climate advocacy during the upcoming Parlimentary campaign could be partisan politicking.  From the Star:

Ghislain Desjardins, a spokesman for Elections Canada, confirmed in an interview with me on Monday that yes, environmental groups were warned in a recent webinar that what they see as a fact — climate change — could become seen as a matter of mere belief in the heat of an election campaign. That’s a real possibility, since Bernier has used social media to muse along those lines in the past.

Elections Canada stresses that no one is gagging the environmentalists from stating the facts on climate change before or during the campaign. But if the existence of climate change becomes an election issue, some charities will have to be very careful about what they say in any advertising. Otherwise, they may be forced to register as “third parties” in the campaign, which could put their charitable status at risk.

Beliefs, however, aren’t the same as facts. That distinction is going to be important, if not crucial in this fall’s campaign — on climate change, but also on potentially hot topics such as immigration or refugee policy.

Thanks to Elections Canada and a warning it recently delivered to environmental activists, we’re seeing just how shaky the ground may get between facts and beliefs when the official campaign gets under way in a few weeks.

As the map above shows, it is a minority in most of Canada thinking that the earth is warming due mostly to human activity.  Below is a post explaining how this finding was obtained.

A woman walks past a map showing the elevation of the sea in the last 22 years during the World Climate Change Conference 2015 near Paris. A new study asked 5,000 Canadians their opinions on the cause of climate change. (Stephane Mahe/Reuters)

As a Canadian living near Montreal, I was of course curious about this survey:
The distribution of climate change public opinion in Canada
Mildenberger et al. 2015 (here)

CBC created some controversy by switching headlines on its report of the findings.
First the title was:
Climate change: Majority of Canadians don’t believe it’s caused by humans
Then it changed to:
Canadians divided over human role in climate change, study suggests

I’m wondering what really was learned from this survey.

What Was Asked and Answered

With any survey, it is important to look at the actual questions asked and answered. While we do not have access to specific responses, the script for the telephone interviews is available. The first two questions asked about global warming (not climate change).

1. “From what you’ve read and heard, is there solid evidence that the average temperature on earth has been getting warmer over the past four decades?”
Yes
No
Don’t Know (volunteered)

The finding reported in the Study:

Our results reveal, for the first time, the enormous diversity of Canadian climate and energy opinions at the local level.

So the 79% who said there’s solid evidence of warming the last 40 years got a followup question: mostly caused by human activity or mostly natural? Slightly more than half said mostly human, thus a result of 44% believing both that it is warming and that humans are mostly to blame.

Now some people were unwilling to decide between mostly human and mostly natural, and volunteered that it was a combination. This fraction of respondents was recorded as partially human caused, and they added 17% to bring the number up to 61%. The remaining 39% combines people who don’t accept evidence on warming and those who think warming is mostly natural or are uncertain about both issues.

From having done opinion surveys in the past, I suspect that many who were uncertain between human or natural causes didn’t want to say “don’t know”, and instead said it was a “combination”. Thus the group counted as “partially human-caused” is a soft number.

My suspicions are reinforced by a question that was asked and not included in this report: “How much do you feel you know about global warming?” Typically about 25% say they know a lot, 60% say they know a little, and the rest less than a little. As we know from other researchers more climate knowledge increases skepticism for many, so it is likely the soft number includes many who feel they really don’t know.

This process does determine a survey result about the size of the population who believes warming is happening and mostly caused by humans.  Everything else is subject to interpretation, including how much is due to land use, urbanization or fossil fuel emissions.  The solid finding is displayed in the diagram below:

Yes, the map shows I am living in a hotbed of global warming believers around Montreal; well, it is 55%, as high as it gets in Canada.

3. “There is a proposed system called cap and trade where the government issues permits limiting the amount of greenhouse gases companies can put out. If a company exceeds their limit, they will have to buy more permits. If they don’t use all of their permits, they will be able to sell or trade them to others who exceed their cap. The idea is that companies will find ways to put out less greenhouse gases because that would be cheaper than buying permits.

4. “Another way to lower greenhouse gas emissions is to increase taxes on carbon based fuels such as coal, oil, gasoline and natural gas. Do you strongly support, somewhat support, somewhat oppose or strongly oppose this type of system?”

We find larger variation in support for a carbon tax across the country. At the national level, support for carbon taxation at 49% is just below a majority, with opposition at 44%.

Now here is the underlying motivation for the survey: to determine the level of support in the Canadian population for government action to increase the price of carbon-based energy. Not surprisingly, people who mostly know only a little about this like the sound of companies footing the bill for policies, more than the government raising my taxes. With a little more knowledge they will understand that cap and trade increases the cost of energy within all of the products and services they use, and therefore raises the price of pretty much everything. It is a hidden tax completely without accountability.

I described in some detail how this is already at work in Quebec by virtue of the province joining California’s carbon market: https://rclutz.wordpress.com/2015/04/15/quebec-joins-california-carbon-market/

No one should be surprised that those conducting this survey think they know the correct answers and want the population to agree with them. The sponsors include numerous organizations advocating for carbon pricing:

And as we have seen with virtually all marketing-type surveys, opinion-makers know that conducting surveys is itself an intervention to raise awareness and concern about the issue.

Partiicipants were asked in 2015: “From what you’ve read and heard, is there solid evidence that the average temperature on earth has been getting warmer over the past four decades?” 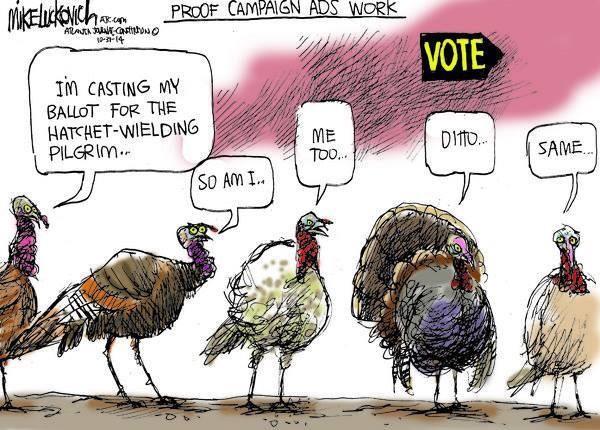