A lot of fuss is in the media about the New York Times hiring Bret Stephens from the Washington Post. Stephens won the 2013 Pulitzer Prize for commentary, is regarded as a conservative, and has written critically about Trump, as well as liberals. In particular he has poked fun repeatedly at the climatism hysteria. For this latter point, the climate faithful are up in arms about the prospect of Stephens columns appearing on pages of NYT (a kind of bible for liberals and environmentalists).

For sure Bret Stephens is as outspoken as Mark Steyn, but with his own preoccupations and style. To see what might be in store for NYT readers, let’s look at some excerpts of his commentary regarding global warming/climate change. Note: Washington Post has a paywall, so links to these articles go to blogsites where the full text is available.

In 2014 Stephens published Climate Prophets and Profiteers, which gives an idea where he is coming from.

It is now the dogma of the left that any hint of doubt when it comes to predictions of climate doom is evidence of greed, stupidity, moral turpitude or psychological derangement. “Climate denial” is intended to be the equivalent of Holocaust denial. And yet the only people who’ve predicted anything right so far are those who foresaw that the Kyoto Protocol would fail, that renewable energies didn’t really work, and that climate bureaucrats accountable to nobody but their own sense of virtue and taste for profit were a danger to everyone.

Rereading Mr. Kerry’s speech, I have to say he really does come across as a true believer. That it begins by citing Maurice Strong, the ultimate cynic, tells you what you need to know about where this strain of true belief leads.

In a November 2011 column The great global warming fizzle, Stephens described ‘the case of global warming’ as a ‘system of doomsaying prophecy and faith in things unseen’ that, like religion, ‘is susceptible to the earthly temptations of money, power, politics, arrogance and deceit.’

Consider the case of global warming, another system of doomsaying prophecy and faith in things unseen.

This week, the conclave of global warming’s cardinals are meeting in Durban, South Africa, for their 17th conference in as many years. The idea is to come up with a successor to the Kyoto Protocol, which is set to expire next year, and to require rich countries to pony up $100 billion a year to help poor countries cope with the alleged effects of climate change. This is said to be essential because in 2017 global warming becomes “catastrophic and irreversible,” according to a recent report by the International Energy Agency. (my bold)

Yet a funny thing happened on the way to the climate apocalypse. Namely, the financial apocalypse.

All this has been enough to put the Durban political agenda on hold for the time being. But religions don’t die, and often thrive, when put to the political sidelines. A religion, when not physically extinguished, only dies when it loses faith in itself.

That’s where the Climategate emails come in. First released on the eve of the Copenhagen climate summit two years ago and recently updated by a fresh batch, the “hide the decline” emails were an endless source of fun and lurid fascination for those of us who had never been convinced by the global-warming thesis in the first place.

But the real reason they mattered is that they introduced a note of caution into an enterprise whose motivating appeal resided in its increasingly frantic forecasts of catastrophe. Papers were withdrawn; source material re-examined. The Himalayan glaciers, it turned out, weren’t going to melt in 30 years. Nobody can say for sure how high the seas are likely to rise—if much at all. Greenland isn’t turning green. Florida isn’t going anywhere.

The reply global warming alarmists have made to these dislosures is that they did nothing to change the underlying science, and only improved it in particulars. So what to make of the U.N.’s latest supposedly authoritative report on extreme weather events, which is tinged with admissions of doubt and uncertainty? Oddly, the report has left climate activists stuttering with rage at what they call its “watered down” predictions. If nothing else, they understand that any belief system, particularly ones as young as global warming, cannot easily survive more than a few ounces of self-doubt.

Meanwhile, the world marches on. On Sunday, 2,232 days will have elapsed since a category 3 hurricane made landfall in the U.S., the longest period in more than a century that the U.S. has been spared a devastating storm. Great religions are wise enough to avoid marking down the exact date when the world comes to an end. Not so for the foolish religions. Expect Mayan cosmology to take a hit to its reputation when the world doesn’t end on Dec. 21, 2012. Expect likewise when global warming turns out to be neither catastrophic nor irreversible come 2017.

And there is this: Religions are sustained in the long run by the consolations of their teachings and the charisma of their leaders. With global warming, we have a religion whose leaders are prone to spasms of anger and whose followers are beginning to twitch with boredom. Perhaps that’s another way religions die.

Stephens fully disclosed his views at the time of Paris COP in Liberalism’s Imaginary Enemies In Paris, it’s easier to battle a climate crisis than confront jihadists on the streets.

Hunger in America is an imaginary enemy. Liberal advocacy groups routinely claim that one in seven Americans is hungry—in a country where the poorest counties have the highest rates of obesity. The statistic is a preposterous extrapolation from a dubious Agriculture Department measure of “food insecurity.” But the line gives those advocacy groups a reason to exist while feeding the liberal narrative of America as a savage society of haves and have nots.

The campus-rape epidemic—in which one in five female college students is said to be the victim of sexual assault—is an imaginary enemy. Never mind the debunked rape scandals at Duke and the University of Virginia, or the soon-to-be-debunked case at the heart of “The Hunting Ground,” a documentary about an alleged sexual assault at Harvard Law School. The real question is: If modern campuses were really zones of mass predation—Congo on the quad—why would intelligent young women even think of attending a coeducational school? They do because there is no epidemic. But the campus-rape narrative sustains liberal fictions of a never-ending war on women.

I mention these examples by way of preface to the climate-change summit that began this week in Paris. But first notice a pattern.

Dramatic crises—for which evidence tends to be anecdotal, subjective, invisible, tendentious and sometimes fabricated—are trumpeted on the basis of incompetently designed studies, poorly understood statistics, or semantic legerdemain. Food insecurity is not remotely the same as hunger. An abusive cop does not equal a bigoted police department. An unwanted kiss or touch is not the same as sexual assault, at least if the word assault is to mean anything.

Yet bogus studies and statistics survive because the cottage industries of compassion need them to be believed, and because mindless repetition has a way of making things nearly true, and because dramatic crises require drastic and all-encompassing solutions. Besides, the thinking goes, falsehood and exaggeration can serve a purpose if it induces virtuous behavior. The more afraid we are of the shadow of racism, the more conscious we might become of our own unsuspected biases.

And so to Paris.

I’m not the first to notice the incongruity of this huge gathering of world leaders meeting to combat a notional enemy in the same place where a real enemy just inflicted so much mortal damage.

Then again, it’s also appropriate, since reality-substitution is how modern liberalism conducts political business. What is the central liberal project of the 21st century, if not to persuade people that climate change represents an infinitely greater threat to human civilization than the barbarians—sorry, violent extremists—of Mosul and Molenbeek? Why overreact to a few hundred deaths today when hundreds of thousands will be dead in a century or two if we fail to act now?

Here again the same dishonest pattern is at work. The semantic trick in the phrase “climate change”—allowing every climate anomaly to serve as further proof of the overall theory. The hysteria generated by an imperceptible temperature rise of 1.7 degrees Fahrenheit since 1880—as if the trend is bound to continue forever, or is not a product of natural variation, or cannot be mitigated except by drastic policy interventions. The hyping of flimsy studies—melting Himalayan glaciers; vanishing polar ice—to press the political point. The job security and air of self-importance this provides the tens of thousands of people—EPA bureaucrats, wind-turbine manufacturers, litigious climate scientists, NGO gnomes—whose livelihoods depend on a climate crisis. The belief that even if the crisis isn’t quite what it’s cracked up to be, it does us all good to be more mindful about the environment.

And, of course, the chance to switch the subject. If your enemy is global jihad, then to defeat it you need military wherewithal, martial talents and political will. If your enemy is the structure of an energy-intensive global economy, then you need a compelling justification to change it. Climate dystopia can work wonders, provided the jihadists don’t interrupt too often.

Here’s a climate prediction for the year 2115: Liberals will still be organizing campaigns against yet another mooted social or environmental crisis. Temperatures will be about the same. 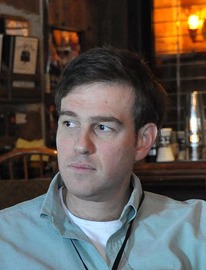 Bret Louis Stephens is an American journalist who won a Pulitzer Prize for commentary in 2013. He works for The Wall Street Journal as the foreign-affairs columnist and the deputy editorial page editor and is responsible for the editorial pages of its European and Asian editions.

Wow! A full-throated, articulate conservative and climate unbeliever writing columns for the New York Times. His views both on liberalism and on climatism will be repulsive to many of the readers, who profess to be “liberal thinkers” but who are closed to all but “our kind of people”. What will they allow Stephens to write about? Will he last longer than lukewarmist Roger Pielke Jr. did at 538 blog (one column)?

What manner the catastrophe might take isn’t yet clear, but the scenarios are grim: The climate crisis is getting worse faster than anticipated; global warming will cause refugee crises and destabilize entire nations…. And so on.

In 2009 Climategate: Follow the Money Stephens gave the subheading:

A week later in 2009 came Global warming and the psychology of true belief. This time Stephens wrote: ‘

Last week, I suggested that funding flows had much to do with climate alarmism. But deeper things are at work as well. One of those things, I suspect, is what I would call the totalitarian impulse.

In April 2010 came What’s the Next ‘Global Warming’? Herewith I propose a contest to invent the next panic.

Stephens declared that ‘global warming is dead, nailed into its coffin one devastating disclosure, defection and re-evaluation at a time.’ He predicted that this meant ‘that pretty soon we’re going to need another apocalyptic scare to take its place.’ He offered the wager that ‘within a few years ‘climate change’ will exercise global nerves about as much as overpopulation, toxic tampons, nuclear winters, ozone holes, killer bees, low sperm counts, genetically modified foods and mad cows do today.’